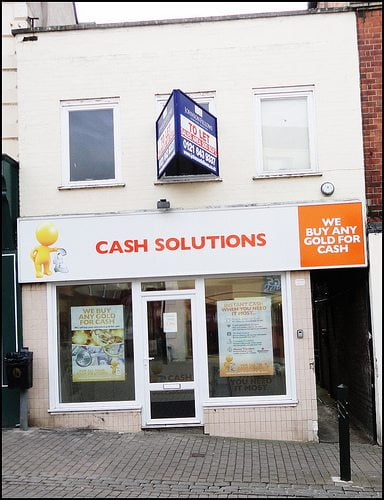 The Financial Conduct Authority (FCA) is to launch an investigation into the short-term high-cost loan industry, as new research suggests Britain’s high streets have one payday loan shop for every seven banks.

The FCA said that it would be paying particular attention to the way in which debts are collected when it launches its investigation on April 1. Some firms came under fire from MPs over their practices when appearing before a select committee in November last year.

According to others giving evidence, including the chief executive of the Citizens’ Advice Bureau (CAB), payday lenders were creating “situations of spiralling debt” through punitive additional interest and penalty charges for those struggling to keep up with the terms of the loans.

Martin Wheatley, chief executive of the FCA, said, “Our new rules mean that anybody taking out a payday loan will be treated much better than before. But that’s just part of the story; one in three loans go unpaid or are repaid late so we will be looking specifically at how firms treat customers struggling with repayments.

“These are often the people that struggle to make ends meet day to day, so we would expect them to be treated with sensitivity, yet some of the practices we have seen don’t do this.”

The announcement was welcomed by Labour MP Paul Blomfield, who has campaigned against practices within the payday lending industry that create situations of debt and increasing poverty.

He said, “This new inquiry gets to the heart of the concerns I’ve been raising about the behaviour of payday lenders. Companies are lending to people who can’t afford to repay their loans, then hitting those borrowers with punitive charges and trapping them in spiralling debt.

“The FCA’s investigation must get to the heart of the exploitative business model that too many payday lenders are operating and put a stop to the payday loan rip-off.”

Figures collected by the Bureau of Investigative Journalism found that for every seven high street banks or building societies, there is one payday loan shop, suggesting that they are becoming a more integrated part of society.

Blomfield added, “These shocking figures show the scale of the payday lending epidemic on our high streets. Their corrosive impact is then often exacerbated by the companies clustering their shops in areas of higher deprivation.

“Councils need new planning powers to be able to restrict the number of shops in their area, and this would allow local residents to have their say on what shops can and can’t open up.”