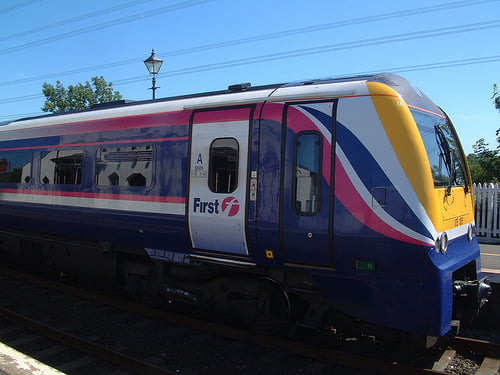 Joseph Iddison asks whether FirstGroup’s new west coast rail service prove a hit to customers or will in fact be more of a burden than a benefit.

With government expected to sign a lucrative contract with FirstGroup – a deal due to commence in December this year and running through to 2026 – many advantages appear on the horizon for those travelling by train over the next few years, and not just environmental ones.

FirstGroup, the UK’s largest rail operator, said its winning bid of £5.5 billion for the rights to run the line from December, rising to £6.1 billion if it sees out a 20-month extension to conclusion in 2026, was a “deliverable proposition“, designed to exploit unused capacity on the InterCity west coast services from London to destinations in the north, including Glasgow, Manchester and Liverpool.

FirstGroup will also be offering a total of £265m in guarantees, including an unprecedentedly high £190m forfeit if it walks away early. The 13-year commitment promises to cut standard anytime fares by 15% on average in the first two years, as well as an installation of a further 12,000 seats per day as of 2016.

Taking over from Virgin Rail Group, which had seen passenger numbers double since beginning the service in 1997, FirstGroup also pledges to improve Wi-Fi, not to mention new and extra trains and shorter journeys.

The west coast mainline is the first of several long, lucrative franchises to be awarded over the next two years. The government has pledged to lower the taxpayer subsidy to the railway and has demanded large savings after the McNulty review identified potential costs to cut in the industry.

FirstGroup was by far the highest bidder, and will have to find £390m in premiums each year compared with the £160m currently paid by Virgin, which tabled an enhanced offer of around £4.8 billion (£5.4 billion for the full term).

Unions and campaigners have warned the size of the bid means the operator will have to cut services. Bob Crow, RMT union leader, said, “It is clear that this franchise is being let on pure McNulty terms with a gold-plated, extended contract linked to massive cuts to jobs and passenger services and huge increases in fares as the winning FirstGroup looks to extract every penny that they can in profit.”

City analysts queried the numbers. Mike van Dulken at Accendo Markets said FirstGroup had promised “lots of investment, but growth and profitability assumptions could be too much.”

Tim O’Toole, chief executive of FirstGroup, rejected claims that there was excessive risk in his company’s bid and said there was huge scope for growth. He also categorically denied there would be job losses as unions fear, although he said many would be redeployed: “Our winning bid is a deliverable proposition that is compelling for all who want to see a greater use of our rail networks.”

Longer trains and additional seating will mean 35% more seats on the line in five years, O’Toole said: “We will be making significant improvements including reduced journey times and introducing new direct services. We will improve marketing and deliver a smart ticketing system, refreshed and improved train interiors, station upgrades and even better catering.”

Sir Richard Branson, owner of Virgin, feels that the government’s decision to accept FirstGroup’s bid will put the country into “almost certain bankruptcy“. The London-born tycoon said his transport group would not be bidding again – although he later told Channel 4 News he would reconsider if “we get a call from David Cameron saying sorry“.

Branson is, however – keen to remain operator of the service – and launched a legal challenge against FirstGroup, citing the bid as more of tax liability than people have been led to believe. The multinational business venture has made an application for a judicial review of the decision to award FirstGroup the contract, and has lodged papers at the High Court in London.

In addition, more than 165,000 people have signed an online petition calling for the decision to be reconsidered. Labour has also urged the government to defer signing the contract so that MPs can examine it in fear that some have been “blinded by the numbers“.

FirstGroup has dismissed Virgin’s complaint, however, and remains confident of the its new west coast services – to run under the name First West Coast Limited – being given the go ahead for December.

In a statement released last week, the group said, “We have every confidence in the Department for Transport’s process which is rigorous, detailed and fair and in which bids are thoroughly tested.”

FirstGroup appears to be of the opinion that the sudden contestation from Virgin has occurred in sour taste. “There has been no complaint about the process, which was carefully described in advance, until Virgin Rail Group had lost commercially“, continued the statement.

Responding to Branson’s criticisms, O’Toole suggested the complaint had been lodged because “he lost the bid“.

As well as Virgin Rail’s contestation, the FirstGroup bid depends on passenger growth of 5.8% each year – a figure O’Toole said matched government predictions for trains to be at the limits of capacity by 2026, when the proposed high-speed rail network should start operating.

On top of this debate, there are fewer environmental concerns surrounding rail travel as opposed to other modes of transport. It’s perhaps time to start really championing trains as a clean and safe option, as we strive for a sustainable travel network.