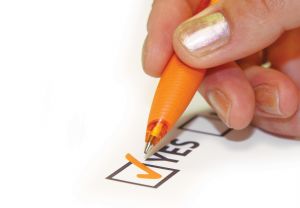 As the national press still feels it’s their role to anoint the party of their proprietor’s choice, Blue & Green will play along. We care about democracy and the environment. Vote for Policies has gathered 718,000 votes as of midday today so we are ready to make our call – your call.

So here’s the Blue & Green ENVIRONMENT policy assembled from those three parties.

– The new Infrastructure Commission will prioritise investment in flood prevention. We will deal with the problems of air pollution by giving local authorities the powers they need, backed up by a national framework.

– Keep our forests in public ownership, and promote access to green spaces in local planning.

– Support the work of the Natural Capital Committee to protect and improve wildlife habitats and green spaces, and make them an important part of our thriving tourism industry.

– Expand the role of the Department of International Development to mitigate the risks of a changing climate, and support sustainable livelihoods for the world’s poorest people.

– Make the case [at the UNFCCC conference in Paris, in December 2015] for ambitious emissions targets for all countries, strengthened every five years on the basis of a scientific assessment of the progress towards the below two degree goal.

– Push for a goal of net zero global emissions in the second half of this century, for transparent and universal rules for measuring, verifying and reporting emissions, and for an equitable deal in which richer countries provide support to poorer nations in combatting climate change.

– Protect animal welfare – ending the inhumane and ineffective badger cull, maintaining the ban on hunting with dogs, and introducing a ban on wild animals in circuses.

– In the next Parliament bring forward five green laws that will guarantee a permanently greener Britain.

– Green Buildings Act ­ to boost renewable and district heating programmes, bring in tough new energy efficiency standards for homes, and step up action on fuel poverty ­ to cut energy bills. Including a national programme to insulate homes with a Council Tax cut if you take part.

– A Resource Efficiency and Zero Waste Britain Act ­ to set Britain on a path to a ‘circular economy’, establishing a ‘Stern Report’ on resource use, with binding targets and a clear action plan to reduce waste and end landfill.

– A Zero Carbon Britain Act ­ To Strengthen the Climate Change Act targets, introduce a decarbonisation target for the electricity sector and end the use of dirty coal power stations.

– Take urgent action on climate change to cut UK emissions of greenhouse gases by 90% on 1990 level by 2030, and work with other countries to hold the increase in global temperatures to below 2 degrees.

– Ban fracking, phase out coal power by 2023 and nuclear power within 10 years.

– Invest more than £80 billion over the Parliament in a major public programme of renewable generation, flood defences and building insulation.

– Promote a new Nature and Wellbeing Act to provide a new, stronger legal framework for the protection of landscapes and wildlife.

So here’s the Blue & Green DEMOCRACY policy assembled from those three parties.

– Reform the House of Lords with a proper democratic mandate starting from the 2012 Bill.

– Get big money out of politics with a £10,000 cap on donations and reform of party political funding.

– Better democracy with votes at 16.

– Delivering on promises made to Scotland and the rest of the UK and transfer more powers from Westminster and Whitehall to the nations and communities of the UK.

– “Devolution on demand” to transfer more power and control to areas within England.

– Pass a new Freedoms Act, to protect citizens from excessive state powers and improve rights of access to information.

– Protect your privacy by updating data laws for the internet age with a Digital Bill of Rights.

– Set up a people led Constitutional Convention to determine the future of UK’s governance.

– Replace the House of Lords with a Senate of the Nations and Regions.

– Pass an English Devolution Act, handing £30 billion of resources and powers to our great English city and county regions.

– Give new powers for communities to shape their high streets, including power over payday lenders and the number of fixed odds betting terminals.

– Meet our promises to devolve further powers to Scotland and Wales.

– Create a statutory register of lobbyists.

– Support the establishment of a People’s Constitutional Convention to agree radical changes to the governance of the UK. We will push the Convention for a new settlement that includes:

– A written constitution and a Bill of Rights.

– A reformed House of Lords ­ a fully elected body chosen by proportional representation.

– A fair system of state funding for political parties, so there’s no longer a need for reliance on private and trade union donations, which can have a corrupting effect, and ensure that all lobbying is registered and fully disclosed.

– Restore Legal Aid so that everyone can afford to use the law.