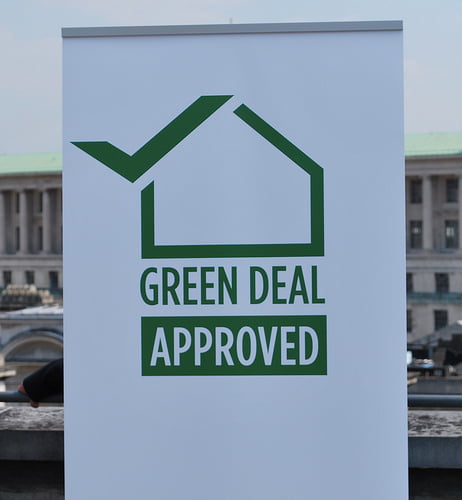 The green deal, the government’s flagship energy efficiency scheme that promises to “transform Britain’s homes”, launches today. But critics have questioned whether it goes far enough in addressing the problem.

Among the main concerns is the level of interest rate, which the Green Deal Finance Company (GDFC) set last week at between 7.67-9.34%, depending on which package homeowners take out.

This has spawned criticism from many in the green economy, who claim that while the scheme is great in theory, it has significant drawbacks.

“The interest rate on loans is bound to undermine the green deal’s appeal to cash-strapped households”, said Andrew Pendleton, head of campaigns at Friends of the Earth.

“Bolder government action is needed to help those really struggling to heat their homes – recent cuts to insulation programmes must be reversed.”

But while this remains a potential put-off point, the government believes that the green deal – which it lauded in its mid-term review earlier this month – will bring about many benefits, not least helping to renovate Britain’s huge fleet of inefficient commercial and domestic buildings that currently account for nearly half of the country’s carbon emissions.

“The green deal will help thousands of homes stay warm for less. Those people will benefit from energy saving improvements – and their energy bills will fall”, said deputy prime minister Nick Clegg.

“The UK green sector is a success story – it is the sixth largest in the world and has a crucial part to play in building a strong economy.

“The green deal will support thousands of jobs – not just over the next few years, but in the long-term.”

But writing in The Guardian, Lisa Bachelor explained how homeowners who take up the green deal could be faced with a problem when they decide to sell their properties. The cost of the work stays with the house, even if the initial owner moves on, and is paid back through energy bills over time.

Also in The Guardian, John Vidal said how the scheme would only benefit a small group of people – importantly, not the homeowners and billpayers: “We are being encouraged to borrow more money at well over the mortgage interest rate to help the banks profit more.

“The energy and climate mess we are in has been created by governments and energy companies encouraging profligacy and ignoring energy saving for years. We are now being asked to pick up the bill.”

Homeowners in fuel poverty are unlikely to be attracted by the interest rate (a £10,000 loan for efficiency improvements would have to be repaid at something like £1,000 a year for the next 20 years, for example) – particularly when there is little assurance that the big energy companies won’t simply increase prices, thus nullifying any supposed savings.

Chris Farrell, managing director of Zenex Technologies, wrote in July how consumers are much more likely to adopt “low-cost, less disruptive measures to improve their home energy efficiency”, mainly because the argument for the green deal is lacking in incentives.

While jobs will be created, and some buildings will become pillars of energy efficiency, it remains to be seen as to whether a scheme that the supposed “greenest government ever” has said represents its commitment to sustainability is a practical, attractive solution. The lack of interest from homeowners so far suggests that it’s not.