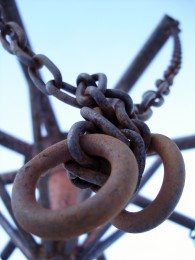 A historic bill that aims to stamp out modern day slavery has been published. The modern slavery bill is one of the first in the world and is designed to address the issues of slavery and trafficking in the 21st century.

The Home Office argues that the bill will give law enforcement the tools they need to target today’s slave drivers and support victims. According to the International Labour Organisation, at least 21 million people live in slavery today across the world, with all regions being affected.

Home secretary Theresa May said, “Modern slavery is an appalling crime that as no place in today’s society. It is an affront not just to the dignity and humanity of the people crushed by it but to every one of us.

“To stand the best chance of becoming law by the end of this parliament, the bill needs to be as clear and tightly focussed as possible. But it will be an important start that future government will be able to build on. It will send the strongest possible signals to criminals that if you are involved in this disgusting trade you will be arrested, you will be prosecuted and you will be locked up. And it will say to victims, you are not alone and we are here to help you.”

As well as other action, the legislation will increase the maximum sentence for the most serious offenders from 14 years to life imprisonment and ensure that perpetrators convicted of slavery or trafficking face the toughest asset confiscation regime.

It will also set law enforcement powers at sea to close loopholes that prevent the police and Border Force from taking action where suspected human trafficking or forced labour is taking place on board a vessel.

Mark Robertson, spokesperson for Sedex, a not-for-profit membership group for ethical and responsible supply chains, commented, “There are reportedly thousands of victims of modern day slavery in the UK and the new anti-slavery powers and punishments are a welcome step forward in deterring modern slavery in England and Wales.

“Modern day slavery is a complex, global issue, which requires a response from all parties, including government and business. Legislation can help by driving reporting on efforts to tackle modern day slavery, defining minimum standards, setting out expectations for business, and creating a more level playing field on the issue.”

However, Robertson added that the government’s bill does not require companies to report on whether their supply chains are free from modern day slavery and urged companies to follow examples of good practice, which some businesses have already adopted.

Ensuring good practices throughout supply chains can have economic benefits, as the issue of humans rights abuses has been moving up the agenda for investors and consumers. Investors with £195 billion in assets under management have called for Transparency in Supply Chains legislation to be embedded in the modern slavery bill.