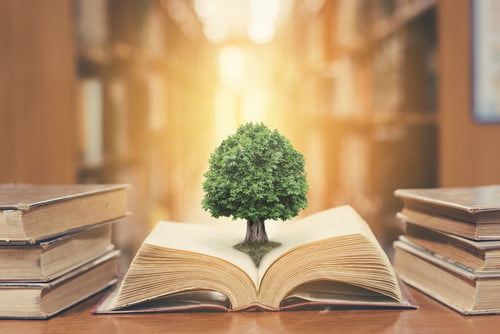 The Biggest Environmental Legal Cases of 2019 You Should Know About

The threat of anthropogenic climate change is the political, social, and legal issue of our time. Its gravity can be felt up and down the country’s system of courts, where rules governing greenhouse gas emissions, the cleanliness of our air and water and even the creation of protected national monuments all face opposition from entrenched interests.

The year 2019 will see many environmental-centric legal cases brought to the fore by young Americans, environmentalists, leaders of indigenous peoples and many other groups concerned with the livability of planet earth. Here’s a look at five types of environmental legal cases we can expect to blow up in 2019 — and have long-lasting repercussions depending on the outcome.

One of the most important emerging environmental questions of our time involves a concept known as “climate liability.” It raises a simple question: Should energy conglomerates and other types of companies be held legally accountable for their past actions, if those actions contributed to climate change?

One of the highest-profile cases of this type saw the attorneys general of the states of New York and Massachusetts bring a legal challenge against ExxonMobile. The bulk of the case centers on the fossil fuel company’s alleged knowing complicity in climate change.

Climate activists and environmental lawyers argue that energy company scientists have known for years that their products contribute to climate change — but that the companies in question, instead of making changes to their business model, engaged in PR campaigns to deceive the public about the link between fossil fuels and environmental collapse.

In early 2019, Massachusetts’ attorney general, Maura Healy, received a nod of approval from the U.S. Supreme Court when they declined to interfere with her investigation of ExxonMobile. She seeks decades’ worth of internal documents from the company which she believes will help prove the case that they engaged in a public misinformation campaign about climate change.

Healy’s efforts so far are a victory — but also a first step. This coming year, the nation will watch as the concept of climate liability becomes more, not less, of a mainstream legal issue.

During the Obama years, the U.S. government enacted several measures intended to protect the health and quality of our bodies of water. Known collectively as the “Clean Water Rule” or “Waters of the U.S.” (WOTUS), this set of objectives finds itself squarely in the crosshairs of the regulation-averse Trump administration. The current EPA seeks to redefine what the very phrase “Waters of the U.S.” means — and the case is headed to the U.S. Supreme Court.

The stage was set in 2018 by a lower court ruling that denied a Trump-era EPA request to delay the WOTUS rules from going into effect. From there, things moved to the 4th Circuit Court of Appeal — as well as the 6th, which rendered inconsistent rulings.

In late February, the SCOTUS agreed to take on the case, meaning it has the power to reverse several lower-court rulings which sided against polluters of national waters and upheld the Obama-era regulations.

A major question is whether the original rules were legal in the first place. A SCOTUS ruling reversing these previous court decisions would mean practically unfettered industrial, mining and agricultural contamination of any national waterways. Previously, the 6th Circuit Court of Appeals ruled that only “navigable” bodies of water, contaminated directly, should be protected under the law.

The Antiquities Act has been U.S. law since 1906. It granted power to federal agencies and the president to declare new national monuments in the name of historical or environmental preservation. During his tenure as President, Barack Obama used this set of laws more frequently than any previous commander-in-chief.

According to representatives of the Trump administration, at least one new monument created by the Obama administration under the authority of the Antiquities Act is a potential misuse of executive authority. More specifically, they object to the definition of “land” used in the order which created the Seamounts Marine National Monument. The Monument measures almost 5,000 square miles and is located off the New England coast.

In 2018, in a case known as Massachusett’s Lobstermen’s Association v. Wilbur Ross, plaintiffs argued that waterways do not fall under the original scope of the Antiquities Act. A district court upheld the legality of the monuments.

However, it is not likely that this issue will find resolution in 2019. Also in the mix is the Trump administration’s executive order to dramatically shrink two other national monuments given protection during the presidencies of Bill Clinton and Barack Obama: Grand Staircase-Escalante and Bears Ears National Monument, both located in Utah.

Environmentalists and representatives of native tribes are organizing in 2019 in defense of these and other antiquities sites, which are now under threat from mining companies. Conserving unspoiled land isn’t the only objective: sites like the Seamounts Marine National Monument hold remarkable biodiversity and unique habitats that represent considerable scientific value.

In November 2018, both the 9th Circuit Court of Appeals as well as the U.S. Supreme Court determined that so-called “climate kids” may proceed in their efforts to hold the federal government accountable for its general inaction on climate change.

This movement began during the Obama administration. But now that SCOTUS has given its green light to the general concept of holding government representatives to account for failing to address the ongoing warming of the planet in a timely fashion, this movement has shifted its focus to President Trump and the American Congress in general.

The next steps are far from certain, however. The year 2019 will see the first real test case “go public” in an Oregon U.S. District Court. The crux of the argument centers on the concept of “intergenerational equity,” which is the idea that decades’ worth of governmental leadership in America prioritized the short-term financial benefit of one generation over the health and wellness of another. To put it another way, the economy and its shareholders came first, and the livability of the planet for our children and grandchildren came in a distant second.

On a smaller scale, this type of case is actually old news in parts of the country — as when Chicago residents mounted a legal challenge against the EPA, alleging it knew, but did nothing, about egregious levels of environmental contamination in their neighborhoods.

Whether they succeed is anybody’s guess — but the idea has entered the mainstream in a major way. With District Courts and even the SCOTUS having determined that cases of this nature aren’t beyond the scope of realistic jurisprudence, these “climate kids” may yet change the trajectory of climate-focused litigation.

Pressure has been growing for years and years, across the world, for governments to take a more decisive stand against corporations which have demonstrated an outsized negative influence on the livability of planet earth.

One of the major efforts during the Obama years along these lines was the Clean Power Act, which sought to curtail the emission of greenhouse gases from power plants. Even before Barack Obama left office, utility and coal companies managed to delay the full implementation of these rules.

Having reached the approximate halfway point of the Trump administration, the Clean Air Act is still under attack from utilities and coal companies — and their opposition takes the form of not one but several court cases with far-reaching implications. As with the WOTUS rules, the Trump administration seeks to replace these rules with a more industry-friendly version, which they call the “Affordable Clean Energy” rule.

The Obama-era Clean Power Plan would have been the only nationwide set of rules for bringing down carbon dioxide emissions at power plants. The U.S. Appeals Court in Washington, D.C. gave an effective go-ahead to the Trump administration’s challenges, paving the way for a repeal of these rules by Spring 2019.

As environmentally friendly technology and policies continue to grow and change, legal cases will follow. It’s beneficial to keep an eye on them as they unfold.