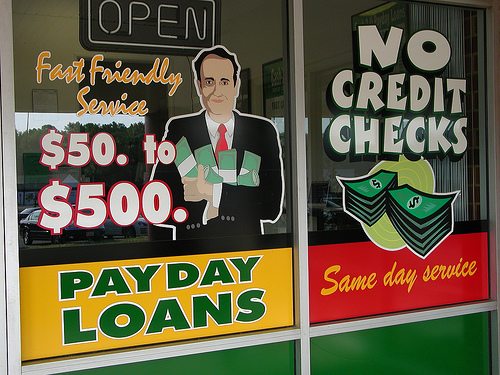 A lack of competition in the payday loan market means customers are overpaying for their loans, the market regulator has claimed.

Preliminary reports from the Competition and Markets Authority (CMA) say that customers are paying £5 to £10 over the odds per loan because of the industry’s focus on speed rather than price.

As customers take out around 6 loans a year on average, the CMA says that a typical customer could save between £30 and £60 per year if the market were more competitive. The total savings could add up to an annual sum of £45 million.

“If you need to take out a payday loan because money is tight, you certainly shouldn’t have to pay more than is necessary,” said Simon Polito, chairman of the CMA’s Payday Lending Investigation Group.

One way competition could be increased, the CMA says, is to establish an independent price comparison website.

“Even for those who do shop around, it can be very difficult to compare prices, given the difference between products, the lack of transparency on additional fees and charges and the shortage of effective comparison tools,” said Polito.

“There is a substantial gap between the cheapest and most expensive loans, so borrowers could benefit if we can help them compare prices more effectively, which in turn would stimulate greater price competition and lower costs.”

However, the consumer watchdog Citizens Advice argues that such a measure wouldn’t be enough.

“As with any market, consumers need to have actual choice and the right information to decide which the best deal is for them, which includes details of any costs incurred if they struggle to repay,” said Gillian Guy, Citizens Advice chief executive.

“A comparison website could help people find a suitable loan, but it would need to come with a strong health warning about the risks of payday lending and direct people to where they can get free independent debt advice.”

Instead, Guy says that it is time high street banks entered the market and provided borrowers with an alternative.

“For consumers to have real choice in the payday loans market, they need more responsible short-term credit options not just the ability to choose between existing providers,” she said.