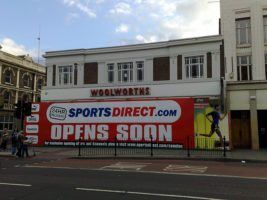 We are disappointed that there have been no new non-executive board appointments in the last five years.

“LGIM will also support the shareholder requisition resolution on an independent review of labour practices.”

“We also fully support the statement, released today, from the Investor Forum, of which we are a member, calling for an independent review of overall governance practices. We believe that all shareholders should send a strong signal to Sports Direct calling for change.”