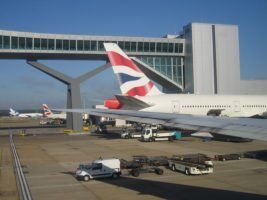 Commenting on today’s news that the Government has approved plans for City Airport expansion, Sophie Neuburg, Friends of the Earth London campaigner, said: “This is terrible news for communities in East London which are already badly-hit by air pollution, noise and congestion.

“The Government has been ordered by the Supreme Court to clean up London’s illegally-polluted air as fast as possible, but instead it is taking a step which will make air quality worse.

“It’s disappointing that Sadiq Khan, who has said air pollution must be a top priority, removed a key obstacle to this expansion. He must now stand up for Londoners’ lungs, be consistent on air pollution and commit to bringing London’s air pollution down to legal and safe limits by 2020.”

“This vital investment in greener public transport would also help reduce demand for polluting new roads, like the Silvertown tunnel and proposed Gallions crossing, which are the last thing the area needs.

“London already suffers lethal and illegal levels of noise and air pollution which expanding airports does nothing to address.

“A fairer approach to taxing aviation, giving people one tax free flight a year, combined with frequent flyer levies for the jet set, would be a better way to manage demand for air travel.”