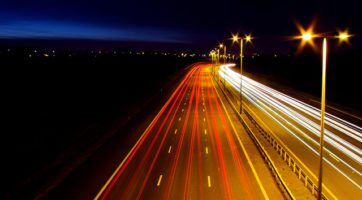 Campaign for Better Transport & Friends Of The Earth have reacted to the Government’s decision to approve a plan to widen the M4 motorway.

The plans are to widen the M4 motorway between junctions 3 (Hayes in the London Borough of Hillingdon) and 12 (Theale in Berkshire) by turning the hard shoulder into a traffic lane. The so-called “Smart Motorway” scheme will include technology to vary speed limits and lane usage in response to traffic.

Local residents will be exposed to more toxic air pollution.

“This is just expanding motorways on the cheap. We need to stop pouring vast amounts of money into new roads which just create new traffic. This simply shifts the congestion around the road network and fails to tackle its root cause. We need investment in alternative options, including better rail, to give people choice in their journeys.”

Reacting to the Planning Inspectorate’s decision today, Jenny Bates of Friends of the Earth said:

“This is awful news for local people and the environment.

“The requirement to at least monitor the toxic gas Nitrogen Dioxide is welcome, but allowing traffic levels to increase when they need to be cut to help meet EU legal limits for deadly air pollution is an outrage.

“Motorway widening is not the solution to our congested roads as more traffic just makes it worse: it’s time to send UK transport in a new direction to protect our planet and our health.”