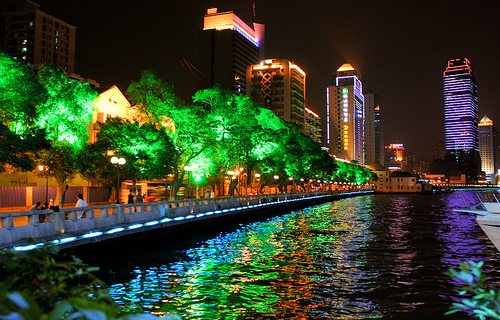 80 percent of Chinese cities are failing to balance economic growth, resource efficiency and sustainable development, a new study has claimed.

The research, undertaken by consulting organisation Accenture and the Chinese Academy of Sciences (CAS), examined 73 of China’s 287 large cities, analysing their economic and sustainability performance and dependence on natural resources. It categorised the cities in four groups: wealthy, balanced, potential and conventional.

25 were placed in the conventional category, with the report adding that these cities are in danger because of their underdeveloped but resource-based economies, high emissions, reliance on heavy industry, and a tendency to “grow first, clean up later.”

The report argues that these cities must, “accelerate their transformation into new resource economies by enhancing technological innovation, and decoupling their economic development from resource use and environmental impact.”

The group of cities labelled as ‘balanced’, which included smaller cities along with megacities in southern China such as Shanghai and Guangzhou, achieved better ratings in economic performance and environmental quality.

The report also predicted that 13 Chinese cities will have a population of 10 million or more by 2020, while the country’s urban population will increase by 350 million over the next two decades.

The study concluded that mid-sized cities, those with populations of around 1 million to 3 million, are best placed to make the transition into a more sustainable development model.

“Our analysis shows that a focus on developing mid-sized cities rather than megacities provides the greatest chance of making the New Resource Economy a reality.” said Gong Li, chairman of Accenture Greater China.

The McKinsey Global Institute have produced an interactive map showing the megacities and large cities of the future, with the highest concentration in China.

The Chinese State Council have recently announced plans to tackle its unsustainable economy head on, and make energy efficiency a ‘pillar’ of its economy.

On Sunday, writing in the Financial Times, China’s premier Li Keqiang said, “[The Chinese] economy will maintain its sustained and healthy growth and China will stay on the path of reform and opening up”, stimulated by an economic-slowdown.

“We can no longer afford to continue with the old model of high consumption and high investment. Instead, we must take a holistic approach in pursuing steady growth, structural readjustment and further reform.”