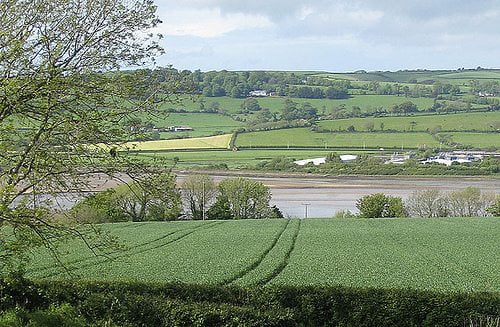 The environment, food and rural affairs committee is seeking submissions for an inquiry assessing food security in the UK. The last time the committee looked into the issue was in 2009.

The committee said, “The UK has a highly successful agriculture industry, and the food and drink sector is responsible for 3.7 million jobs and 7% of the overall economy.

“It is 62% self-sufficient in food production. However, many domestic and international factors affect both production and prices.”

The committee recognised that globally, climate change, population growth, energy supply and water security are all putting pressure on food production. These factors have the potential to lead to higher food prices.

The recently published Ocean Health Index demonstrated how human activities were having an impact on food supply. The index scored food provision, which measures how well we are sustainably producing seafood, just 33 out of 100 globally.

The rising costs and external factors placing additional pressure on food security demonstrate the importance of sourcing food sustainably and becoming as self-sufficient as possible.

The committee added, “The new UK Strategy for Agriculture Technologies seeks to exploit opportunities to develop and adopt new and existing technologies, products and service to increase productivity.

“[Genetically modified (GM)] technology is one option. Supporters argue that it has the potential to increase crop yields and contribute to a more resilient agriculture system. Others fear the unknown long-term environmental implications of this technology.”

GM crops remain controversial and a highly debated area. The European Network of Scientists for Social and Environmental Responsibility (ENSSER) recently released a statement saying there is no consensus on the safety of genetically modified organisms (GMOs).

The organisation said that claims that consensus did exist were “misleading and misrepresent currently available scientific evidence and the broad diversity of opinion”.

The 2009 report, securing food supplies up to 2050, identified the biggest weakness in research and development, and the connected issue of skills. The report also added that there was an urgent need to engage with consumers and encourage them to think about the consequences of the food choices.