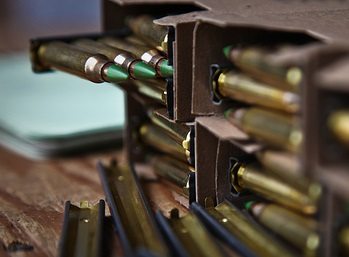 Sir John Stanley, chairman of the House of Commons committee on arms exports control, has raised concerns over licences that were granted by the government in order to export arms from the UK.

His worries follow an investigation by the committee which found that some 3,000 licences had been approved by the government, which also authorised sales with 27 countries at a cost of £12 billion. Some of these deals, Stanley told the BBC, were with nations of “serious human rights concern”.

The report outlines the details of the arms deals and lists countries that the committee is concerned about. These include China, Syria, Libya and Argentina.

There were 60 licences given to Iran, which included software, military electronics and “equipment employing cryptography”. Exports to other countries included rifles, pistols and small arms ammunition.

It was reported in 2012 that David Cameron wished to seal a deal with a number of Arab states which would have seen a £6 billion sum being traded for 100 Eurofighter Typhoon jets. Some campaigners at the time claimed that the prime minister was undermining human rights, by supporting arms trades in countries of political and civil unrest.

Stanley admitted, “I was so surprised about the scale of these deals that I had to go back to the department and confirm the figures.”

He said that the committee would be “intensely scrutinising the government” and said that questions would be raised as to whether these countries need the equipment for the legitimate protection of their borders or whether it would be used for internal repression.

Sarah Waldron of the Campaign Against Arms Trade (CAAT) said, “We welcome the committee’s acknowledgement of the inherent conflict in government policy. The promotion of arms sales send the wrong message: one that condones human rights abuses, that legitimises authoritarian regimes and undermines those struggling for reforms.

She added, “Instead of upholding human rights the government is fuelling the conflicts and repression of the future.”