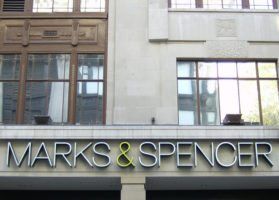 Marks & Spencer’s AGM today will be attended by Citizens UK, ShareAction, Craftivist Collective and Care2 who will urge the retailer to not only continue staff pay increases but to sign up as an official Living Wage employer.

They will also deliver a petition from Care2 signed by over 84,000 people in support of the Living Wage at M&S.

In May the company announced its plan to increase staff pay to £8.50 per hour in UK stores and £9.65 per hour in Greater London from April 2017. These hourly rates exceed those set out by the Living Wage Foundation, which are calculated annually according to the cost of living. However, without Living Wage accreditation, there is no guarantee for staff that their wages will continue to rise in line with the cost of living.

Last year ShareAction joined forces with the Craftivist Collective to deliver hand-made messages sewn onto M&S handkerchiefs to board members and its largest shareholders, encouraging them to lead the way for fair pay in the retail sector. These were delivered to the board during the company’s 2015 AGM, during which chairman Robert Swannell praised the action. “This campaign was a test case for how these campaigns should be run,” he said.

This year Craftivist Collective will be delivering hand-crafted jigsaw cards to the same key decision-makers at M&S, urging the company to complete the puzzle by applying for Living Wage accreditation.

M&S is currently undertaking a consultation with staff on proposed changes to pay and benefits such as the staff pension.

ShareAction Chief Executive Catherine Howarth said: “We are very pleased that the board of M&S has decided to step up and increase the rates it pays staff. We’d like to see M&S take the next step, and formally accredit as a Living Wage employer, ensuring its workforce continues to be paid enough to meet the cost of living.”

Not only is this the right thing to do – it’s also what many investors want to see.

Sarah Corbett from the Craftivist Collective said: “We are glad that it looks like Marks and Spencer will be threading their values through their much-loved company by paying their staff a living wage from April 2017. This is a decision that will be life-changing for many workers if implemented fully. We hope our hand-crafted messages of support will inspire the board and key shareholders to press for Living Wage accreditation. This will not only ensure M&S staff are paid enough to live with dignity and respect in years to come – we believe it will spur others in the retail sector to step up too.”

Neil Jameson, Director of Citizens UK, said “Citizens UK are encouraged to hear news of M&S’ plan to increase staff pay to rates above the Living Wage – the independently-calculated hourly rate needed to meet the cost of living which is currently £9.40 in London and £8.25 in the UK. We have been in constructive dialogue with M&S to seek clarity as to what this means for its workers, and we look forward to hearing the outcomes of the consultation in the Autumn. Steve Rowe now has the opportunity to demonstrate his leadership in the sector and become accredited with the Living Wage Foundation.”

Care2 Campaigner Beth Granter says, “Over 80,000 people have signed our petition to M&S to let them know that we expect them to pay their workers a real living wage. We sincerely hope that the new CEO listens, and M&S becomes an accredited Living Wage employer. Failure to pay your employees enough to live on shows a lack of respect for them – the people whose work creates a profit for the business. It also shows a lack of respect for all taxpayers, as benefit payments are often needed to support working people who are paid such unacceptably low wages.”