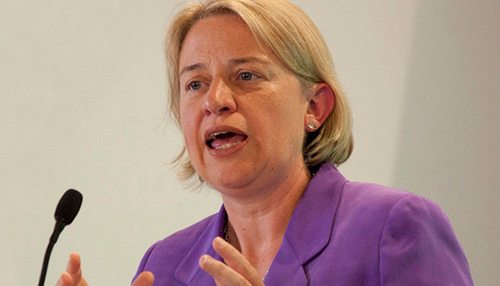 A petition that demands the BBC ends its “media blackout” of the Green party has gathered over 45,000 signatures, with leader Natalie Bennett saying that a lack of balance has limited the party’s chances to get its message across.

The petition, featured on the website of the campaigning community 38 Degrees, asks the directors and editors of BBC News to “give the Green party adequate and fair coverage relative to their success”.

It argues that the party was almost completely absent from the BBC’s coverage of the recent European and local elections, concluding, “The BBC prides itself on painting a fair and unbiased picture of events, however in this case we feel they have not done so”.

Asked by Blue & Green Tomorrow if she also believed the Greens had been subjected to a media blackout, party leader Natalie Bennett said, “I can understand why the petitioner and those who have signed have seen it as that.

“Since the Ofcom ruling before the election that the Greens were a ‘minor’ party, while Ukip and the Lib Dems were ‘major’ parties, viewers and listeners have had few opportunities to hear our message or see our representatives”, she said.

The petition also complains that Ukip benefitted from a disproportionately large amount of airtime.

Much has been made of Ukip’s victories at the recent elections, as the party claimed 27% of the vote in the European polls, ahead of Labour and the Conservatives, and gained 161 councillors in the locals.

However, the Green party also enjoyed some good results, coming fourth in Europe, with almost 8% of the vote, gaining a new MEP and beating the Lib Dems (6.8%) in the process.

In the local elections, the Greens gained 23 seats, taking their total to 162, and are now the official opposition in Liverpool, Solihull, Islington, Lewisham and Norwich.

“I think the ‘success’ of Ukip has been overrated”, Bennett said.

“They are largely irrelevant in London, in many major northern cities. They are a party that on its own declaration has almost no policies – and, unlike the Green party, they don’t have an elected MP.”

Meanwhile, the Greens’ gains were made, Bennett pointed out, with “far more votes per minute of airtime than any other major party”.

She added, “We offer a complete suite of thought-through policies that on many issues, from renationalising the railways to maintaining a publicly-owned and run NHS to favouring wind farms over fracking rigs, reflects the views of the majority of the British people, yet which are not otherwise represented among the major parties.”

Asked to comment on the claims of the petition, a BBC spokesperson said, “Our coverage of all parties in the local and European elections has been proportionate and consistent with our guidelines on fairness and impartiality.”