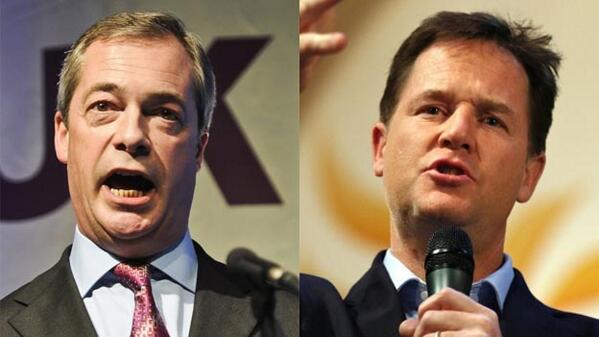 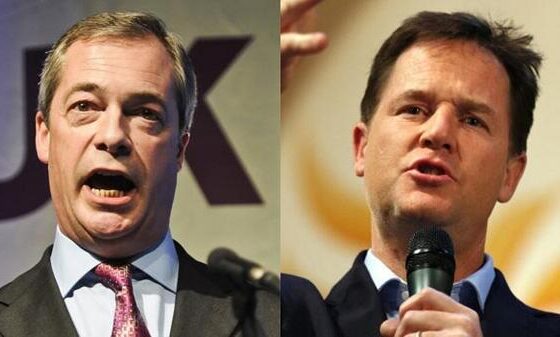 The hour-long debate, hosted by the LBC 97.3 radio station at 7pm on Wednesday night, will also be shown on Sky News.

A second debate will be shown on BBC2 at 7pm next Wednesday.

Ahead of May’s European elections, the most pro-EU party leader and the most Euro-sceptic party leader will debate whether the UK should stay in the union.

“I think it’s time we now have a proper, public debate so that the public can listen to the two sides of the argument and judge from themselves,” he said.

In the other corner, Farage insists his party have a chance of topping the polls at the European elections. He has even pledged to quit if his party fails to win a seat.

Farage said he said he would use the opportunity as a “platform for the majority of British people who want our relationship with Europe to be one of trade and co-operation but not one of political union“.

Clegg has also warned that leaving the EU would make it much more difficult for the UK to contribute in the fight to curb climate change.

In January, a Blue & Green Tomorrow survey found that 49% of financial advisers would vote to remain in the European Union, while 35% would vote to exit.