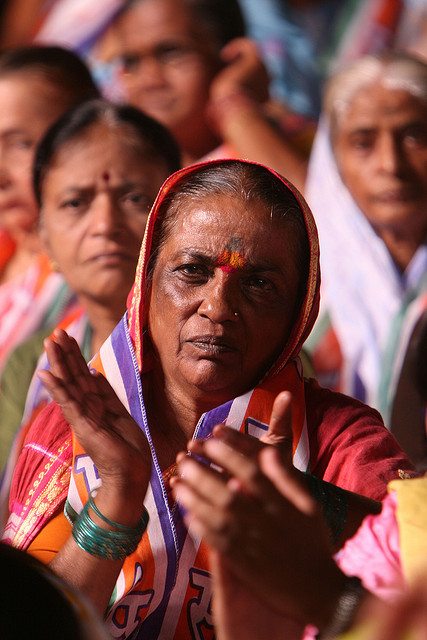 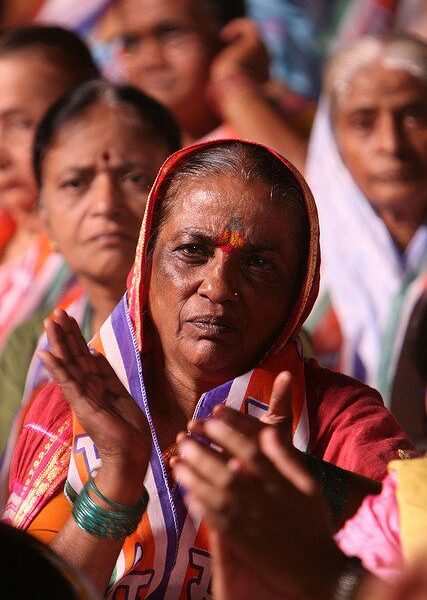 The number of people turning out to vote in India – the world’s largest democracy – reached record levels this week, marking the half-way point in the country’s general elections.

More than 150 million people are thought to have turned out to vote since the election campaign was launched earlier this month.

The authorities predict that nearly half of those eligible to vote had descended on the ballot box by Thursday afternoon, with two weeks remaining in the elections. Officials estimate the turnout to be 10% more than it was in the general election five years ago.

The contest between the country’s presiding centre-left Congress party and Hindu nationalist opposition Bharatiya Janata party (BJP) is being described as bitter by some voters.

Analysts are predicting a historic landslide victory for the opposition, even though the Congress Party have been in power since 2004.

The Congress campaign is headed by Rahul Gandhi, a descendant of the Nehru-Ghandi dynasty and vice-president of the party. But efforts by the party to cling on to power are predicted to be hindered by a series of corruption scandals and a flailing economy.

The Nehru-Ghandi family has dominated India’s political spectrum for most of the last century. A member of the family has held senior positions in seats of power for 54 of the 67 years since India gained independence from the British Empire in 1947.

Critics claim that the tradition is comparable to a blend of the British Monarchy and the Kennedy clan, reinforcing a sense that the family has the right to rein in the country.

The BJP party is headed by Narendi Modi, a 63-year-old who has promised reinvigoration of the country’s lagging economy, attempting to win over the hearts of young voters by pledging to create jobs and employment. His pro-business economic policies are thought to be the key weapon in the armory of the BJP party.

Varghese K George, political editor of the Hindu newspaper said, “All you can say at the moment is that the BJP is doing well [and] Modi is managing to make some connection with voters and the Congress is doing pretty badly, though they have pulled back some ground in some places in the last month”.

Afghanistan: millions vote in first ever peaceful transition of power