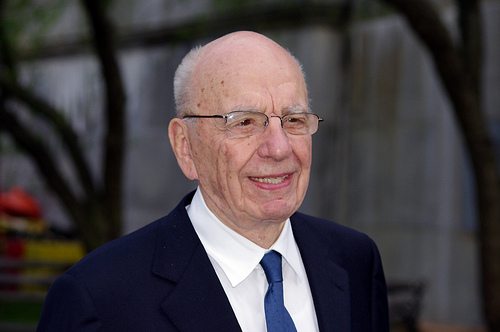 Media mogul Rupert Murdoch, who owns News International, is to be interviewed “under caution” as part of an inquiry into crimes committed by his British-based newspapers.

Originally requested by detectives last year, Murdoch avoided questioning by Scotland Yard until the phone hacking scandal surrounding his former paper News of the World, which ceased publication in 2011 , had been concluded.

This week saw the conviction of Andy Coulson, former News of the World editor, for conspiring to hack phones. UK chief executive Rebekah Brooks -who was accused of bribing public officials and conspiring to hack private phones – was acquitted of all charges.

Murdoch will most likely be interviewed later this year, according to the Guardian , alongside his son James, who was the executive chairman of News International in the UK.

The Guardian adds that the Coulson verdict could lead to further convictions against Murdoch’s UK company – including corporate and domestic charges involving contracted journalists.

The investigation into the practices of News of the World has raised troubling revelations surrounding a wide network of bribed public officials and police – including those who work in the royal palace.

The exposure of this network has also raised questions surrounding the relationship between Coulson and Brooks and current and former prime ministers. Coulson was also David Cameron’s head of communications and the prime minister could face questions by MPs regarding his appointment to No 10.

A statement released on Tuesday by News UK, formerly News International, read, “We said long ago, and repeat today, that wrongdoing occurred, and we apologised for it. We have been paying compensation to those affected and have cooperated with investigations.

“We are also strong supporters of the Independent Press Standards Organisation (IPSO) that is expected to begin work this autumn, serving as a watchdog on the industry in the public interest.”

The phone hacking investigation is still ongoing – with 11 other current or former Murdoch employees awaiting prosecution, and allegations also linking some to the perversion of court of justice.

Police have so far arrested or interviewed under caution 210 people, including 101 journalists from six national newspapers.