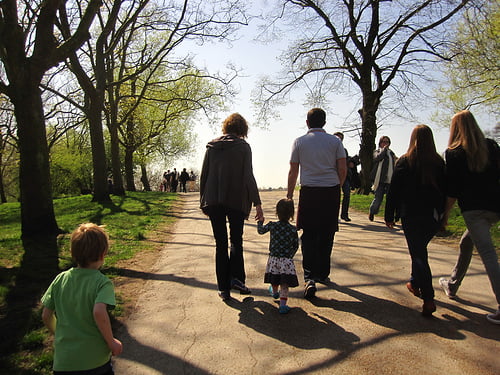 The London 2012 Olympics set out to “inspire a generation”, but whilst Team GB’s heroics might have already motivated plenty of youngsters to take up a new sport, concern for the environment amongst parents of Britain appears lacking.

This comes after some quite frankly embarrassing statistics about the daily school run, which revealed that one in three children who are driven to school live less than a mile from the gates and that an incredible one in ten parents claim that they regularly drive their children less than 500 yards to school.

The environmental impact of such laziness is very costly. There are roughly 5m children of primary school age (4-11) in the UK, and the average car emits 30kg of carbon dioxide every 100 miles.

A quick bit of maths shows that the one in ten parents that drive their children 500 yards (0.2 miles) to school are emitting 0.06kg of CO2 with each journey they take, added to the fact that the first mile or so of a car journey is notoriously the most polluting.

Times this by the 500,000 children that get driven this insignificant distance each day, and that brings the total carbon dioxide emitted through journeys of this type alone to 30,000kg.

That’s more than the yearly CO2 emissions of the Pacific Island nation of Kiribati.

Obviously, a number of these children will be siblings, so the figure isn’t exactly right, but you get a picture of just how much of an impact taking such unnecessary journeys by car has.

So, what’s the solution? Well, just as it emerged as the answer to the recent fuel strikes, it’s walking. This, along with cycling, skateboarding, rollerblading or even pogoing (!), is the best way of getting to school for everyone and everything.

And Tamsin Kelly, mother of three and editor of Parentdish.co.uk, the website that conducted the research, said that there weren’t just environmental benefits from opting to walk or cycle.

“Jumping in the car for the school run may be the easy option, especially when we’re all so time pressed, but leaving a little more time to walk to school really does reap rewards for everyone”, she said.

“It’s a time to give your children some undivided attention without the demands of home and work, and a brisk walk really does set them up for the start of the day.

“I also think it’s important that children don’t see their local area whizzing past from behind the glass of a car window but are part of their local community, whether it’s greeting the same shop owner every morning or walking on the same wiggly wall from reception to year 6.”

There are a number of campaigns in the UK that are aimed at getting children more involved in walking, and encouraging parents to opt for other, less polluting modes of transport on the way to and from school.

One of these is run by campaign group Living Streets.

“Many parents tell us that walking can actually be much quicker and is less stressful than taking the car, and they value the opportunity to spend quality time with their children”, said chief executive, Tony Armstrong, echoing Kelly’s sentiments.

“In a recent pilot project, 60% of parents said their children were fitter and healthier as a result of walking part or all of the way to school.

“Most significantly though, we see an increase in walking being children’s preferred way to get to school.

“They cite seeing their friends, collecting things on the way, looking at nature and developing some independence as reasons they enjoy their walk to school.

“It helps children to get their recommended one hour’s exercise a day, costs nothing and saves CO2 emissions.”

So next time you’re getting your kids ready for school in the morning, think about how you’re going to get there. Think about the environment when you’re getting in your car to take them 500 yards down the road.

And most importantly, think of the overwhelming benefits that become abundantly apparent when opting to walk, cycle or even skip to school.

Walking emerges as answer to panic buying of fuel