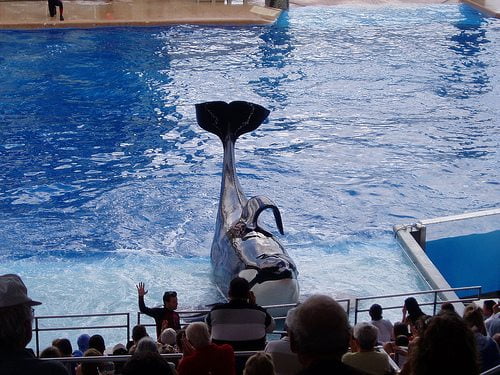 Leaked documents have revealed that SeaWorld, the subject of fierce criticism over animal welfare in recent weeks, could be drugging the orca whales that perform at its marine parks across the country.

The reports were made by the online site BuzzFeed, which said that it had seen documents that revealed orcas were being given the drug benzodiazepine by trainers at some parks.

Ingrid Visser of the Orca Research Trust said that the drug, which has similar properties to valium, were being used to sedate the animals because they were becoming aggressive.

She added, “They do not cope with being kept in these tanks. They show stereotypical behaviours that are abnormal, like head bobbing, chewing on concrete, and self mutilation by banging the side of their heads on the side of the tank, and there isn’t a single orca living in captivity where you cannot see one of these behaviours”.

Visser said that in many orcas kept in captivity, there were multiple examples of these behaviours.

The revelations follow an online petition that has so far received over a million signatures, which calls on legislators to ban the marine park chain from keeping whales for entertainment purposes.

SeaWorld has allegedly hired a former lobbyist for oil giant British Petroluem (BP) in order to fight against the proposed Orca Welfare and Safety Act, and said that legislation banning the captivity of whales was “flawed” and “highly questionable”.

Californian state legislator Richard Bloom, who proposed the bill, said, “These beautiful creatures are much too large and far too intelligent to be confined in small, concrete pens for their entire lives. It is time to end the practice of keeping orcas captive for human amusement.”