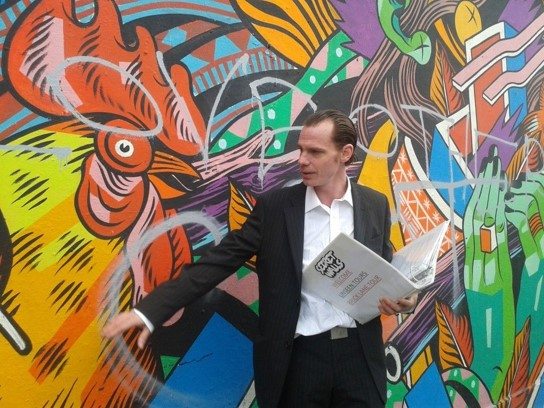 This weekend, Londoners and tourists visiting the capital can support ‘Social Saturday’ and ‘World Homeless Day’ – both of which fall on Saturday 10 October 2015 – in one fell swoop, by joining a walking tour of Camden, Covent Garden or Shoreditch with Unseen Tours, a not-for-profit, social enterprise that employs homeless and formerly homeless tour guides.

Now in its second year, the aim of the Social Saturday campaign, which is run by Social Enterprise UK with support from the Cabinet Office, is to encourage the public to buy from the UK’s 70,000 social enterprises – businesses that put people and planet ahead of profit.

Observed globally, World Homeless Day has taken place on 10 October for the last five years, and aims to raise awareness of the work charities and other organisations do to support people who are homeless, as well as to motivate action to end homelessness.

Camden – Rock and Roll Contrasts (£10pp, Mon, Tues, Sat & Sun, 2 – 3.45pm)
Explore Camden with ‘Mike the Mod’, while he shares first-hand knowledge of the local music scene from Brit Pop to reggae to the late Amy Winehouse. Mike worked in senior management positions for many years before being made redundant in 2009 and ultimately losing his home. Thanks to support from two local charities, he is now housed and remains upbeat about the future.

Join Viv for the inside scoop on the Savoy Hotel’s mysterious cat guest, the ghosts in the theatre district, the secret ceremonies of the Knights Templar, and the location of London’s last remaining subterranean Roman bath. Originally from Norway, Viv came to London in 1975 and became homeless 10 years ago when her marriage ended. She has been ‘sofa surfing’ on and off ever since.

Shoreditch – Street Art, Street Cred (£10pp, Thurs, Sat & Sun, 2 – 3.45pm)
Get a glimpse of the latest street art to adorn the neighbourhood, as well as an insight into the area’s rich and varied history – from Shakespeare’s first theatre to a private Mafia bank and a secret MI5 centre. Henri came to London to study for an interior design degree, and worked as a painter and decorator for several years before becoming homeless when his marriage ended.

Unseen Tours also offers tours of Brick Lane, Brixton and London Bridge. 60% of the ticket price goes straight to the homeless or formerly homeless guide, and the rest covers the organisation’s running costs.