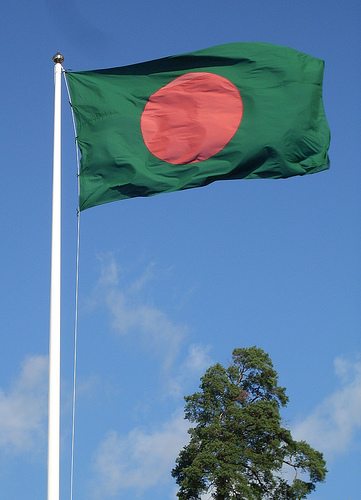 International development minister Alan Duncan has visited survivors of the Rana Plaza factory collapse in Bangladesh, and announced that the UK will work with the overseas manufacturing industry to avoid future disasters.

Nineteen-year-old worker Rabeya, who survived the collapse but is now wheelchair-bound for the rest of her life, was among those that Duncan met.

She is receiving treatment at the Centre for the Rehabilitation of the Paralysed in Savar, a hospital funded by the UK Department for International Development (DFID). Duncan revealed he felt “incredibly moved” by the courage of the survivors.

He said, “The Rana Plaza factory collapse was devastating in its scale and, along with factory fires, must be taken as a wake-up call to all of us.”

He added that the UK would work on initiatives to bring members of the industry, NGOs and workers together to agree on safety standards. The UK will improve building inspections but it is the industry itself that needs to make the biggest step.

“The industry has been built from nothing in the past 30 years and now needs to be turned into a long-term development success, which means that urgent action is needed across the sector”, Duncan said.

“Our own high street brands must assume responsibility for their products, from the store right back to the sewing machine, and the UK is ready to help make this happen.”

Hundreds of protesters in Bangladesh have taken the streets in the country, calling for fair compensation and adequate assistance for survivors and their families. The police shot at the demonstrators, injuring around 50 people, according to the Guardian.