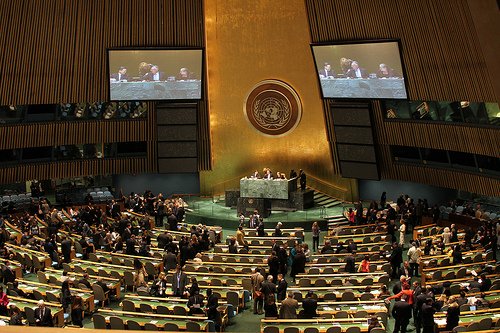 The United Nations General Assembly has adopted a resolution that recognises sustainable tourism as hugely influential in the battles against poverty and environmental protection.

The resolution, titled Promotion of ecotourism for poverty eradication and environment protection, was accepted unanimously by members, meaning the usual protocol of voting for resolutions was redundant.

The resolution highlights how sustainable tourism has a “positive impact on income generation, job creation and education, and thus on the fight against poverty and hunger”, and comes after the UN World Tourism Organisation (UNWTO) revealed that over a billion tourists crossed international borders in 2012 – a new annual record.

UNWTO, the agency responsible for the development of sustainable tourism within the UN, has applauded the resolution’s passing.

“UNWTO welcomes the adoption of this resolution on the importance of ecotourism”, said secretary-general, Taleb Rifai.

“The remarkable support that the resolution has received, from all regions and across the development spectrum, is a clear testimony that sustainable tourism has a vital role to play in a fairer and sustainable future for all.”

The resolution has been adopted following a report produced by the UNWTO called Tourism in the Green Economy. Its acceptance now means the organisation will have to publish a follow-up when the General Assembly meets in 2014.