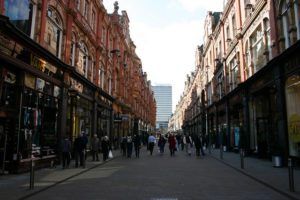 The latest economic assessments published today by the Bank of England, ONS and OECD highlighted the divide between nervous businesses and resilient consumers.

“The range of expert economic assessments published today – while appearing to point in different directions – sharpen the post-referendum picture that has been emerging in recent weeks.

“As the ONS notes, it’s increasingly clear that we’re yet to see any definitive ‘Brexit impact’ in the limited economic data published since the end of June. But, as both the Bank and OECD highlight, the risk of a sizeable medium-term fall-out remains.

“Today’s figures also highlight the divergence between nervous businesses and resilient consumers. How the sentiments of these two groups converge over the coming months will play a key role in determining how well the economy performs in the lengthy period between the decision to leave the EU and the moment we pass through the exit door.

“Ultimately however, the country’s long-term economic prospects rest on the precise details of the Brexit deal delivered by the new government and the implications for productivity.”