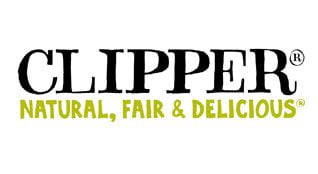 Clipper Teas produces award-winning tea that is ethical and organic since the company entered the business 30 years ago.

It all started in Mike and Lorraine Brehme’s kitchen in Dorset, where the couple decided to launch a new product that would make Britons fall in love – while being ethical and natural at the same time.

As Mike tells, “It was always about how you want to make a living. I was in tea already, and I realised there was child labour involved and I thought, ‘That’s no way to make a living’.”

Clipper has expanded since the beginning and now produces various herbal teas, coffee and chocolate drinks. However, it has remained ethical at core, as its motto say, “Natural, Fair and Delicious”. It was taken over by Dutch organic company Royal Wessanen in March 2012, and in 2013 the company started to sell in France as well.

Clipper was the first tea company in the UK to become fairtrade and since then, it has worked tirelessly to ensure its growers are treated fairly. The company pays a fair price to growers and also invest money from a fairtrade premium in infrastructure and community projects.

Clipper products won the gold of the Great Taste award in 2011 and 2012, as well as the Soil Association’s organic food award in 2011.

West Dorset MP Oliver Letwin recently said that the firm is a “role model” for other small businesses, after visiting the factory.

“They are producing delicious teas and supporting local jobs and above all else that is one of my main concerns, that there are more jobs in the area that are available to my constituents”, he said.

“It is very good to see the company expanding and I hope it continues to do so in years to come.”