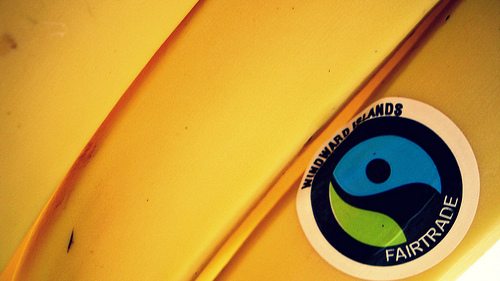 Athletes, officials, workers and visitors will be served fairtrade-only bananas, tea, coffee and sugar during the 2014 Commonwealth Games in Glasgow, the Fairtrade Foundation has revealed.

Glasgow Commonwealth Games organisers have pledged to serve fairtrade food during the event, as part of the city’s commitment to the fairtrade circuit.

Glasgow was named fairtrade city back in 2006, with Scotland becoming fairtrade nation last year. It is hoped the initiative will boost fairtrade sales, therefore helping banana, tea, coffee and sugar farmers in developing countries, who receive living wages and bonuses to reinvest in their businesses.

Tim Gutteridge, Fairtrade Foundation’s chief operating officer, said, “Choosing fairtrade is a simple way to make a real difference to the lives of the people who work hard to produce the tea, coffee and other produce we enjoy.

“We congratulate the organisers of the 2014 Commonwealth Games for building on London 2012’s legacy with their clear commitment to sustainable and ethical produce, including fairtrade.”

Director of the Scottish Fairtrade Forum, Martin Rhodes added, “We are delighted that the Commonwealth Games’ organisers have decided to make fairtrade such a prominent part of Glasgow 2014. The Games give Scotland the chance to show off our achievements as one of the world’s first fairtrade nations, and communicate the importance of fairtrade to a truly global audience.”

The Commonwealth Games have also seen sustainability credentials significantly boosted when it was revealed that food and garden waste had been used for the construction of the Athletes Village, while also committing to cut emissions and recycle.