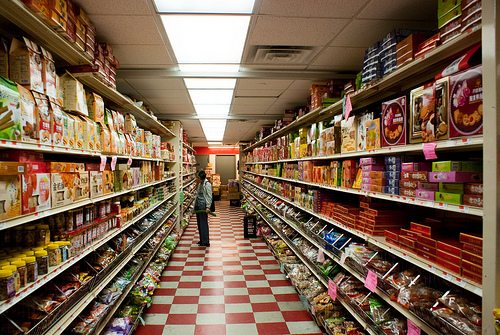 Over 80% of consumers value sustainability

The majority of consumers value sustainability and are more likely to purchase products from responsible brands, according to a new report. However, the survey also revealed that companies aren’t doing enough to showcase their sustainability initiatives.

The report – Sustainability Matters – asked over a thousand UK residents about their thoughts on sustainability and how it impacts on their shopping habits. The survey, which was conducted by SmartestEnergy, revealed that four out of five consumers describe themselves as likely to buy from a brand with a positive approach to sustainability, indicating that brands could boost profits and reputation through responsible initiatives.

These values are reflected in the responses looking to the future. Some 37% of respondents said they ‘strongly agree’ that it is important that consumer brands take action to maintain a sustainable environment for the future, while 50% said that ‘tend to agree’ with the statement.

In total, 71% of participants said they would prefer to shop with consumer brands that have adopted positive sustainability and energy practices, with 6% stating they would only consider shopping with such brands. This compares to the 18% that said they did not care but simply wanted the best deal.

Despite interest from consumers, the report suggests brands are failing to communicate so-called ‘big-ticket initiatives’, such as ensuring their supply chains meet environmental standards and investing in their own renewable energy, as awareness of these actions remained low.

Mike Shirley, head of marketing at SmartestEnergy, said, “Today’s consumer is savvy and cares about the environment, they realise that we all need to work together to make a difference as we are all responsible.

“Our research shows that consumers’ attitudes towards sustainability influences their relationship with brands. Brands need to effectively communicate what they are doing across their whole business to showcase their green credentials.”

The report calls on consumer businesses to communicate more effectively and boost their reputation, for example by being transparent about their energy sources and reporting on carbon emissions.

Shirley added, “Consumers are only going to become more interests in the environment and what we are doing as a collective to protect it. Our research found that nearly 90% of consumers think it’s important for brands to take action now.

“Brands need to make their sustainability practices clear and communicate them effectively so that consumers can make informed decisions.”