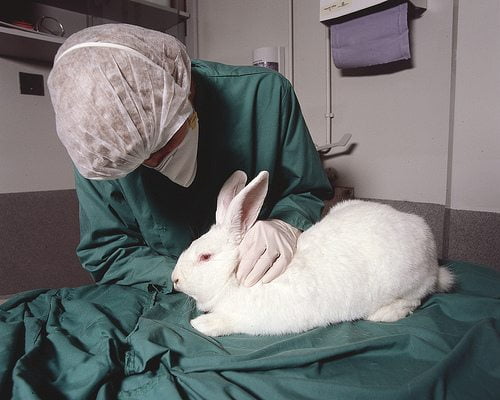 An estimated 9 million animals were tested on last year as part of laboratory experiments across the globe, a 2% increase on last year, according to Lush Prize.

The group, which campaigns against the testing of animals in industries such as cosmetics, released a report which claims that the increase came despite widespread criticism – including scientific consensus that the practices are “neither humane nor effective”.

The increase also comes despite a recent ban on chemical safety testing in some of the world’s major economies, including India and Europe.

The report marks the opening of nominations for the Lush Prize, which each year gives £250,000 to the best initiatives developing tests that do not include animals.

Rob Harrison, a director of Lush Prize said, “There is increasing agreement among scientists, ordinary people, companies and regulators that testing chemicals on animals is a technology of the past.

“But although we can see an increase in initiatives promoting more effective human cell-based tests, these are not apparently translating yet into a reduction of animals used.”

Last month, beauty bloggers united to raise awareness about testing cosmetics and other chemicals on animals.

Social media is believed to be instrumental in launching worldwide campaigns, and could play a vital role in winning more public opposition to controversial testing methods.

Claire Mansfield, Humane Society International’s Be Cruelty-Free campaigns director, said, “Social media plays a huge role in communicating ideas around the world, and in the blogosphere our video stars are some of the most influential voices on the subject of beauty without cruelty.

“We are thrilled to launch our new video and harness the power of the blog to help us end the suffering of animals in the global cosmetics industry.”