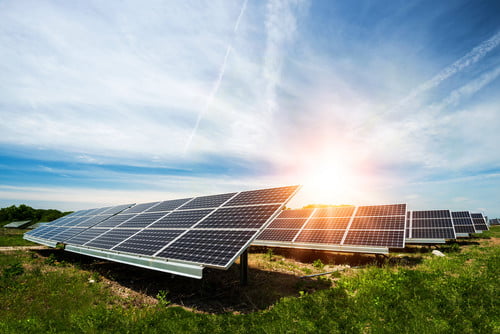 Solar is the future – this much you already know. However, there’s a difference between understanding the larger societal benefits of solar power and understanding if solar panels make sense in your specific home. That’s what we’re going to dig into today.

Solar Power for Your Home

Over the past decade, solar has experienced an average annual growth rate of approximately 50 percent. Backed by the Solar Investment Tax Credit, which is valid through at least 2021, installations continue to surge.

California has long been the leader in the push for solar power – accounting for 51 percent of the first million installations – but the movement is spreading out across the country. The state represented just 43 percent of the second million, with states as far east as South Carolina adding thousands of solar systems every year.

Clearly solar power is right for millions of other homeowners. The question, though: is it right for you and your home? Here are some considerations:

Where you’re located can impact your home’s receptivity to a solar power system. While solar technically works anywhere there’s sunlight, certain areas of the country allow homeowners to receive more benefits than others.

In the United States, cities and states situated in the southwest portion of the country have the highest amounts of sunlight per year. (This is why California is such a popular place for solar panels.) If you’re in a city or neighborhood where there are significant obstacles for sunlight – such as tall buildings, trees, mountains, etc. – you may not be able to fully maximize the benefits. Keep this in mind.

While macro location matters, so does your micro location – i.e. your lot and orientation.

In particular, you should pay attention to the roof orientation of your home. Ideally, solar panels should face to the south. (A solar-equipped roof that faces to the east or west will produce roughly 20 percent less electricity than a south-facing roof.) You can also place solar panels on a north-facing roof, but special adjustments will need to be made so that they oppose the roof’s slant.

It’s wise to do some research on the front end to determine how much energy your home consumes on a monthly basis and what sort of solar system setup would be necessary.

SolarPowerRocks.com suggests looking at your usage over the span of a year and calculating the average and total kWh figures. Then overlay these numbers with the average temperature for each monthly period to see why usage is higher and what correlating factors may be involved.

Likewise, you need to know how many kWh you get per kW of solar. In other words, how much electricity can you tap from each panel? These figures will serve as the backbone for your decision making.

A solar panel system comes at a financial cost, but some of the expense can be offset via incentives and tax credits.

There are basically two buckets of tax credits. The first bucket contains the solar tax credit, which is a federal tax credit that’s designed to incentivize homeowners to pursue solar. It gives you a tax credit that’s equal to 26 percent of the total cost of the system.

The next bucket includes state specific solar tax credits. Whether you have additional credits, or how much relief they provide, depends on the state. Some states offer as much as 25 percent off (in addition to the federal credit).

Finally, think about your ownership plans. Even with incentives and credits, you’ll still have to let time pass until you reach a break-even point on costs and savings.

If it’s going to take you seven years to justify the expense and you only plan on staying in the house for three years, it might not be right for you. If, on the other hand, you plan to stay in this house for the next 15 or 20 years, it would be much easier to justify the upfront cost.

Solar is the way of the future. There will come a time when 100 percent of all new builds come equipped with solar technology. Until then, it’s a wise investment that should be carefully considered and weighed.

Run through the aforementioned factors in your head and do your due diligence. If it looks like solar panels are a good fit for your home, proceed with the process and begin comparing potential installation companies and providers. Take your time and be meticulous about who you work with.