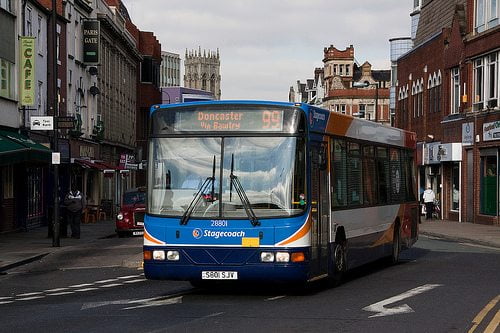 2014 will be a difficult year for bus services in England, campaigners have warned, as new figures show that the last 12 months has seen local authorities cut £17m from their budgets to support buses.

In a report titled Buses in Crisis, the Campaign for Better Transport says that although further cuts of £48m have already been announced for the coming years, more are likely to come as councils are pressured to reduce spending.

Outside London, bus operators choose the routes and service that they want to provide on a commercial basis. Local authorities can then choose to provide operators with subsidies for services on other routes, where no alternative exists.

Subsidised bus services currently amount to almost a quarter of services across England. However, the Campaign for Better Transport report claims that 47% of local authorities have cut their spending on supported bus services this year.

As a result, 147 services have been cut or withdrawn completely across the country, while Southend, Darlington and Hartlepool have become the first local authorities to withdraw funding altogether.

In some areas, this has resulted in cases where pensioners have bus passes but no buses on which to use them.

Deeper cuts will come in 2014/15, the report adds, as many local authorities have deferred decisions while public consultations have been carried out.

This is despite the fact that in England more people use buses than all other modes of public transport put together, the report claims.

A recent report commissioned by Greener Journeys, an alliance of UK bus and coach companies and wider stakeholders, argues that buses and coaches could also play a major role in the government’s decarbonisation targets.

If drivers swapped just one car journey a month for travelling on a bus or coach, it would mean one billion fewer car journeys and a saving of 2m tonnes of CO2,, the report claims.

“Politicians both locally and in Westminster need to understand how important buses are”, Abrams added.

“They may not be as politically sexy as big transport projects but they make a significant difference to the economy, the environment and to wider society. It would be a disaster if whole networks were allowed to disappear.”