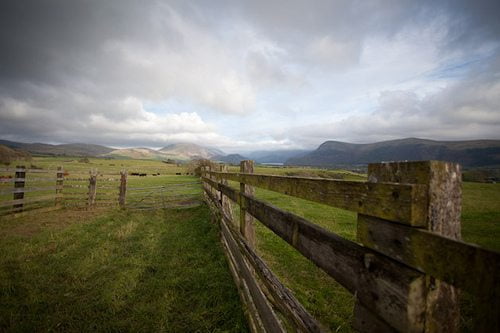 The Lake District became the second national park in the UK in 1951, just weeks after the Peak District was named the first.

At 885 square miles, it is the largest of the 13 national parks in England and Wales, second in the UK only to the Cairngorms in Scotland, and it attracts around 15 million visitors a year.

The Lake District was historically shared between the counties of Cumberland, Westmorland and Lancashire, although it is now entirely within the borders of Cumberland.

It is one of the most highly populated national parks, though there are only a handful of major settlements within its mountainous peaks.

Click here to find a cottages4you property in the Lake District

It is home, if we’re being pedantic, to only one lake: Bassenthwaite. The larger bodies of water in the Lake District are generally named as meres or waters. Windermere is the most famous, as the largest natural lake in England. It has been one of the country’s most popular holidays destinations since the arrival of the Kendal and Windermere Railway’s branch line in 1847.

Its other tourist attractions include Scafell Pike, the highest mountain in England at 3,209 ft. On a clear day (which is admittedly not always guaranteed in the Lakes) the view from the top ranges from the Mourne Mountains in Northern Ireland to Snowdonia in Wales. In 1919, the summit was donated to the National Trust by Lord Leconfield, in memory of the men of the Lake District who fell in the first world war.

The region is also renowned for its contributions to literature. The so-called ‘Lake Poets’ all lived in the Lake District at the turn of the 19th century. They include such luminaries as Wordsworth, Coleridge and Southey. Wordsworth’s I Wandered Lonely as a Cloud, inspired by a walk on the shores of Ullswater, remains one of the most famous poems in the English language.

The region was also home to Beatrix Potter, and provided the setting for many of her colourful stories.

If you live near the Lake District and are interested in ethical investment, read The Guide to Sustainable Investment 2013 for more information, and The Guide to Ethical Financial Advice 2013 to find a specialist ethical financial adviser near you.