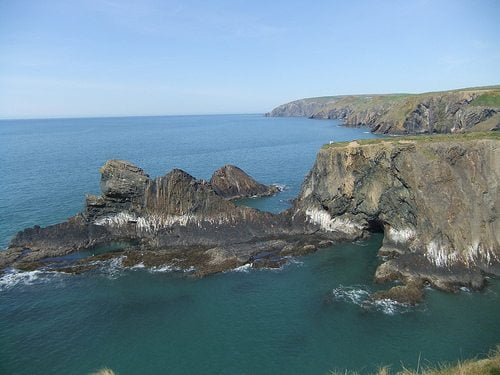 The Pembrokeshire Coast national park, established in 1952, covers an area of around 243 sq miles of west Wales coastline.

It is unique in being the only national park founded primarily for its shoreline. It is made up of juxtaposing rocky cliffs and sheltered coves and appealing sandy beaches – and was voted the second best coastal destination in the world by National Geographic in 2011.

Part of the attraction is the range of options for tourists. The more active among us can indulge in climbing, kayaking, powerboating, kite surfing, diving or sailing.

The Pembrokeshire Coast is also home to great biodiversity. A visitor can watch rare birds sing, seals give birth, dolphins and porpoises play in the surf, and – if they’re lucky – basking sharks patrol the waves.

Further inland, the park takes in tranquil woodlands, the vast Daugleddau estuary and the Presili Hills – a popular hiking destination.

The estuary, sometimes called the secret waterway, was once one of the UK’s largest fishing ports, and played a crucial role in the Industrial Revolution.

The unspoiled, wild landscape of the hills holds many secrets. There are a number of sites of historical interest, such as ancient forts and burial chambers. But perhaps most mysterious is how hefty blocks of bluestone – unique to the Preselis – journeyed around 190 miles to be used in the construction of Stonehenge. It is a question that has long puzzled historians and geologists.

If you live near the Pembrokeshire Coast National Park and are interested in ethical investment, read The Guide to Sustainable Investment 2013 for more information, and The Guide to Ethical & Sustainable Financial Advice 2013 to find a specialist ethical financial adviser near you.