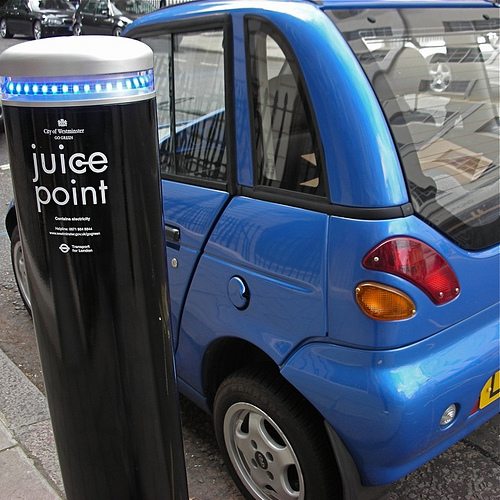 Driverless electric cars to be tested on British roads in 2015

The government has launched a bid for a share of a £10 million competition for cities to host a driverless cars trial and a review of the UK’s road regulations to see how Britain can implement the new technology.

Driverless cars work through a system of GPS and have no steering wheel or pedals, only a stop and go button.

Google tested a driverless vehicle in May, with UK’s science minister David Willetts later saying that British technology could be cheaper than that of the IT giant, but a number of reforms were needed.

Now the government has announced a £10 million fund to host driverless car trials in three British cities from January 2015.

Business secretary Vince Cable said, “The excellence of our scientists and engineers has established the UK as a pioneer in the development of driverless vehicles through pilot projects.

“Today’s announcement will see driverless cars take to our streets in less than six months, putting us at the forefront of this transformational technology and opening up new opportunities for our economy and society.”

“We are determined to ensure driverless cars can fulfil this potential which is why we are actively reviewing regulatory obstacles to create the right framework for trialling these vehicles on British roads.”

A review of road rules, such as the Highway Code, has also been announced to ensure the new technology can be implemented. The government will look at both cars with a qualified driver who can take over control of the driverless car and fully autonomous vehicles where there is no driver.

However, there are fears that drivers would be reluctant to embrace the new transport.

Edmund King, president of motoring company AA,  commented, “Today’s announcement takes us closer to seeing fully autonomous vehicles on our roads but it will take some time for them to become commonplace.

“Many drivers are still resistant to change as 65% enjoy driving too much to ever want the vehicle to take over from them.

“Cars have become more automated. However, there needs to be a big leap of faith by drivers from embracing assistance systems to accepting the fully automated car.”