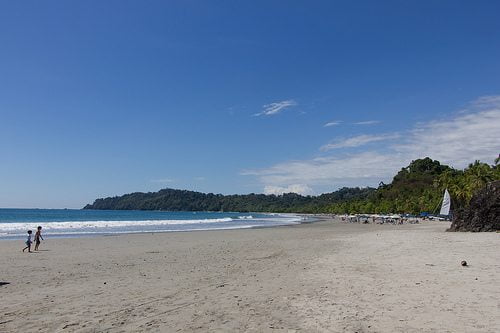 The creation of protected areas in Costa Rica has helped reduce poverty by up to two-thirds in local communities, mostly thanks to tourism, new research has said.

The study, published in the Proceedings of the National Academy of Science journal, said that there was increasing evidence that conservation projects were helping communities come out of poverty, but that this phenomenon remained largely unexplained.

Paul Ferraro from Georgia State University, one of the authors, said, “Our goal was to show exactly how environmental protection can reduce poverty in poorer nations rather than exacerbate it, as many people fear.”

According to the authors, ecotourism plays a key role in reducing poverty near protected areas. They observed a reduction of poverty near to Costa Rica’s national parks and said that nearly two-thirds of was causally attributable to opportunities offered by tourism.

They suggested that the phenomenon could be linked to a growth in tourism services, better infrastructure, including hospitals and schools, and ecosystem services, like pollination and hydrological services.

“Our results suggest that by using existing data sets such as poverty estimates from census data, the impacts of conservation programs and policies on human populations can be better defined”, said Ferraro.

“Our findings may result in improved conservation programs and policies, and better impacts on the communities adjacent to these sites, locally and around the globe.”

Costa Rica is one of the world’s most popular destinations for sustainable holidays, because of its biodiversity and the ecological adventures on offer. It also has the largest percentage of protected areas in the world.