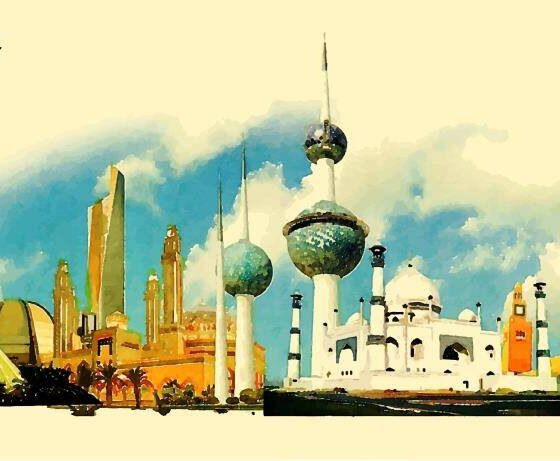 Why Ecotourists Should Start Flocking to Kuwait for Their Next Trip

If you are passionate about fighting environmental problems, there aren’t many places you can travel to. Most developed countries don’t seem to be making a lot of headway in this area. The good news is that there are still some great places to consider visiting. Many smaller, emerging countries are doing a lot to fight the epidemic of climate change.

You may be surprised to learn that Kuwait is one of the countries worth looking into. That is right – a nation known for being a major oil producer actually is taking a number of measures to help preserve the environment.

The Kuwait Environmental Society was founded in 1974. It was the first true initiative in the small, Middle Eastern country to begin protecting the environment. The effort stalled a bit after the occupation by Saddame Hussein, but has been resumed after the nation was liberalized by allies.

HH Sheikh Sabah al-Ahmad al-Jaber al-Sabah has stated that environmentalism will be a core focus of the new coalition. He has announced a number of new directives that will help.

Of course, there are other reasons to visit Kuwait as well. Let’s take a look at some other factors.

Is it Worth Visiting Kuwait?

Kuwait is a fascinating and intriguing travel destination, and I can give a myriad of reasons why tourism in the area is on the rise. Some of these reasons include the rich culture, stunning beaches, exciting museums, and unique architecture, just to name but a few.

Having said that, there are a couple of things you should know before embarking on your trip to Kuwait. For starters, it is a conservative nation; which implies that lots of things we deem normal in the west are pretty illegal in Kuwait.

Furthermore, it is imperative to carry all required documentation before visiting Kuwait (travelers from most nations will need a Kuwait Visa.)

You can only access the nation without a Kuwait Visa if you are a GCC (Gulf Cooperation Council) national. Visitors from 54 countries (including the United States) can obtain a visit Visa after arriving in Kuwait. Every Kuwait visa issued upon arrival is valid for three months.

Any traveler with an aim to stay longer, work in Kuwait, or study in Kuwait is required by the nation to apply for a visa before leaving his or her country. For more information on Kuwait Visa requirements, visit your nearest Kuwaiti consulate or embassy.

Choosing the ideal time to visit is also essential because it can be scorching in the summer. We all know that the one thing that can ruin a perfect vacation is finding a climate we did not anticipate.

Here are several things you should know about Kuwait

1. When is the best time to visit?

Generally speaking, the weather in Kuwait is hot and dry. Summers (which runs from April to October) are hot and humid. This is the worst time to visit the nation because it is too hot and you may be forced to spend most of your vacation indoors.

The best time to visit is either over autumn (September to October) or during spring (March to May). During these times, the temperatures are mild, and there is little rain. If you would like to enjoy Kuwait’s Stunning beaches, this is still the best time to visit.

As mentioned at the beginning of the post, Kuwaiti is a conservative nation. A vast majority of Kuwaitis are Muslims, and the Islam religion largely dictates the laws and customs.

Prior to visiting the nation, it is essential to take into account that cross-dressing, pornography, homosexuality, pork, heterosexual sex outside of marriage, and alcohol are illegal. If you’re planning to visit during the holy month of Ramadhan, also bear in mind that it is illegal to smoke, drink, eat, or chew gum in public places.

If you’re found breaking any of the laws, the authorities will fine you lest you face jail time.

3. Is it safe to travel to Kuwait?

In a nutshell, Yes it is. Provided you have your passport with you at all time and respect the culture of the locals, you will not face any problems. Even more, the crime rate in Kuwait is meager.

Ecotourists should look beyond the United States, Canada, Europe and Australia for their next travel destination. There are a number of emerging countries that are breaking the stereotype of opposing environmentalism. Kuwait is one of these countries. Take a look at it and consider visiting if you want to support a nation that is making a new commitment to sustainability.