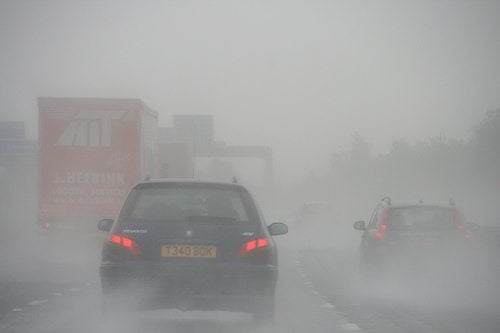 Festive travellers preparing to make a Christmas getaway are being warned to be aware of potentially dangerous conditions, with heavy rain, strong winds and floods set to disrupt transportation.

The Met Office has issued amber warnings – meaning people in affected areas should “be prepared” – in Wales, the east of England, south-west England and London and the south-east.

The conditions are forecast to bring 20-40mm of rainfall to much of the country, with over 60mm likely in some parts of southern England and South Wales. Winds may reach 70-80mph around coastal areas, with highs of around 60mph expected inland.

The Environment Agency, meanwhile, has advised communities across the country to prepare for flooding, as rivers swell and surface water builds up on roads. It says that southern and south-west England are particularly at risk.

Train companies say services are likely to be affected, and some have suggested that travellers with tickets for Monday afternoon travel earlier, if they can, to avoid delays.

The AA has told drivers to expect disruption on the roads, while the Environment Agency adds people should “think not sink”, after a recent survey found that more than half of UK motorists would risk driving through moving flood water to save time on their journey.

“Tragically people die because they’ve taken risks and attempted to drive through flood water just to save a few minutes”, said David Jordan, director of operations at the Environment Agency.

“Flood water is dangerous. If there is widespread flooding in your area then don’t travel and if a road is closed then turn around and make a detour. Your journey could take you a little longer but making the right decision could ultimately save your life.”

The Environment Agency and the AA say drivers should not enter any flood water that is moving or more than 10cm deep.

These conditions are forecast to run into Christmas Eve morning, before easing off for Christmas Day and Boxing Day and possibly returning on Friday. For regularly updated flood warnings, check the Environment Agency’s website.