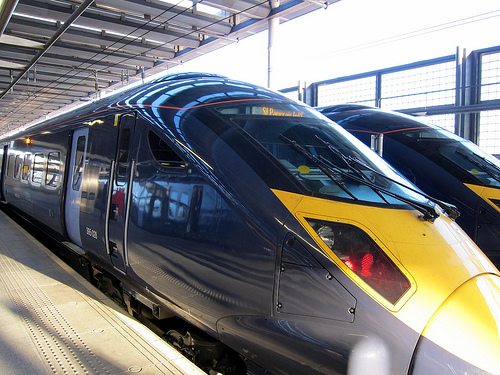 The chairman of the high-speed 2 rail project Sir David Higgins has argued that the project must have the “flexibility” to hire the right staff if it is to keep costs on budget, even if it means paying 30 staff members more than prime minister David Cameron.

The HS2 project was given the go ahead after a vote in the House of Common in April, despite a Tory revolt. Construction on the line, which will connect London to Birmingham, Manchester and Leeds, will begin in 2017.

Speaking to the BBC, Higgins said that he could not guarantee that the rail project will not go over budget. The high cost of the project, estimated to cost £42 billion, has been one of the concerns raised by people opposing the HS2 line.

Higgins added, “What I can do is put in place the decision making process and the right people to make sure we make the right decisions and we can properly and adequately manage the budget.”

In order to achieve this, he claimed that the projects had to have the “flexibility” to pay the right people now, rather than when problems arise in the future. As a result, “at least” 20 to 30 staff members will be hired in the next six months and will be paid more than the prime minister’s £140,000 salary.

When asked why the HS2 was worth the price tag, Higgins said it was about people because there is a growing disparity in jobs and opportunities available in London and the rest of the UK. This point has been previously cited by the rail industry. According to the High Sprees Rail Industry Leaders Group, scrapping the project would sacrifice investment and jobs.

The impact of the controversial project on the environment has also been a cause for concern among environmentalists. The environmental audit committee urged the government to provide greater “environmental protection” for sites of natural values and areas of ancient woodland earlier this year. However, the government rejected the calls and will instead aim only to incur no biodiversity loss overall.