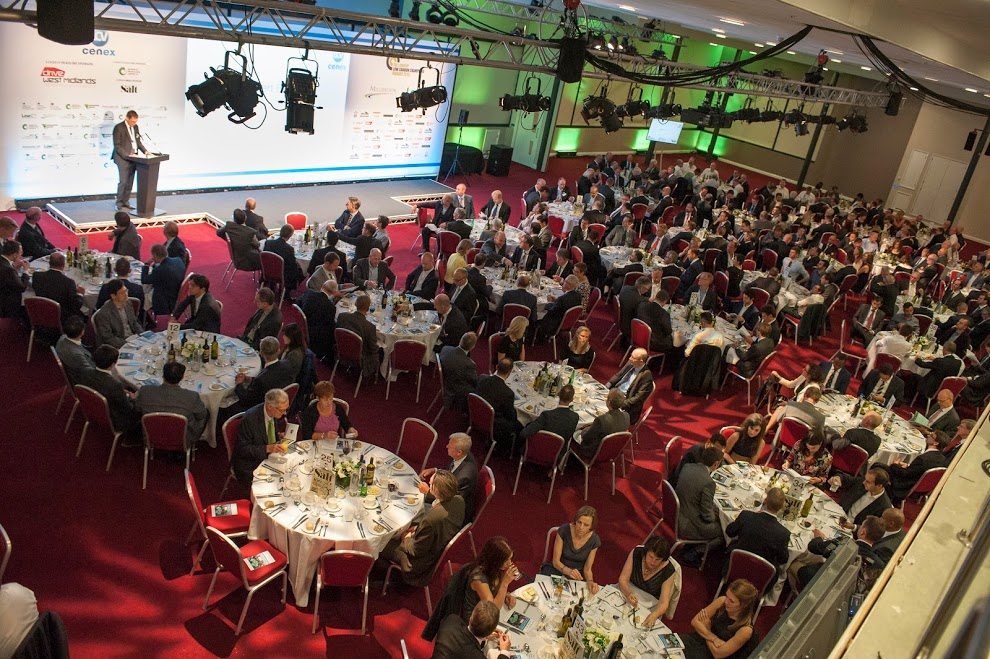 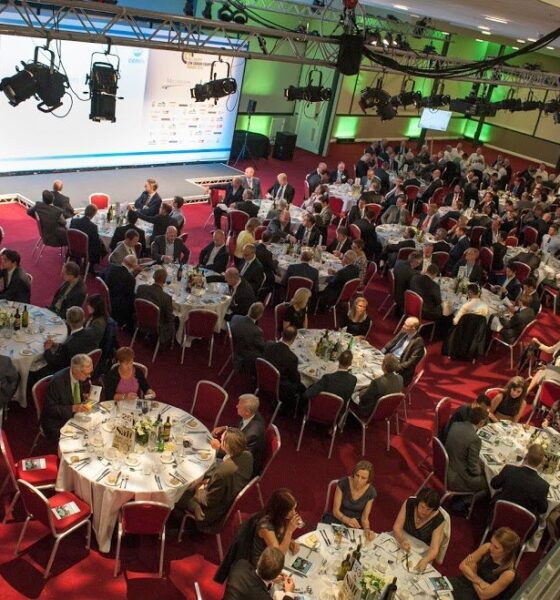 Optare received the ‘Grand Prix’ award for Outstanding Achievement in Low Carbon Transport (winner of winners) in a celebration hosted by TV personality Robert Llewellyn. Mitsubishi took the award in the prestigious Low Carbon Car/Van Manufacturer of the Year category.

TV personality, writer and blogger Robert Llewellyn was Master of Ceremonies, presenting the Awards at the Double Tree by Hilton, MK Dons Stadium, at a networking dinner attended by over 380 industry representatives and low carbon transport stakeholders.

The LowCVP Managing Director Andy Eastlake said about the Awards: “It’s always a pleasure to celebrate success and there were many reasons to commend the contribution of this year’s entries to cutting emissions, both of greenhouse gases and local pollutants.

“The winning entries – and those recognised as runners-up and short-listed – are exciting examples of a vibrant and innovative low carbon road transport sector in the UK that is going from strength to strength.”

The judges said that Mitsubishi’s Outlander – which helped the company scoop the car manufacturer award –  has been a game-changer, bringing plug-in hybrid technology to a 4×4 SUV, at a competitive price. The model has achieved impressive sales, especially in the company car market, where carbon-based taxation has helped to boost sales of lower carbon vehicles.

Optare and Scania were joint winners of the Low Carbon Heavy Duty Vehicle Manufacturer of the Year Award. The judges decided to award both companies as their entries covered activities in different market sectors (Optare for buses and Scania for trucks and delivery vehicles).

Optare was the recipient of the Grand Prix Award. The judges said that this recognition was because Optare is the UK market leader in electric buses and has taken significant commercial risk in achieving this position. Optare’s buses have made an important contribution to improving air quality in UK towns and cities as well as reducing the well-to-wheel carbon footprint by over 50% in comparison with equivalent diesels.

The judges’ statement said that “Optare has a real pedigree in terms of battery innovation and has worked extremely well in building partnerships with local authorities.”

The judging panel was comprised of 21 senior executives from across the range of organisations with a stake in the low carbon road transport agenda.

Michael Hurwitz, Director, Energy, Technology & International at the Department for Transport and one of the Awards judges, said: “These awards are a fantastic opportunity to recognise the achievements of the low carbon transport sector and to celebrate the excellence of UK innovation. It is exciting to see such vibrant ideas and cutting edge technologies as the government continues to support industry with £500 million invested in low emission vehicles over the next 5 years.”

Alex Burns, Chief Executive of Millbrook, the Champions Awards headline sponsors, said: ““The UK is a major force in the production of electric buses and we are pleased to present the award for this category to an outstanding organisation that is helping to cut carbon emissions and improve air quality.

“As an organisation committed to the test, validation and engineering of low carbon transport, Millbrook is proud to present the ‘Grand Prix’ award to Optare.”

Darren Messem, Chairman of the LowCVP and also an Awards Judge said: “The UK vehicle market is at the forefront of innovation in low carbon technology, production and operation, which is essential to deliver the decarbonisation of transport needed to mitigate the worst effects of climate change.

“In this year’s LowCVP Champions Awards it’s been a privilege once again to recognise innovations spanning the breadth of the transport sector, and we hope this helps provide further stimulus to the innovators working hard throughout the sector.”

Robert Evans, Chief Executive of Cenex said: “We are pleased to be able to host this industry gathering as part of our Cenex-LCV2015 networking dinner.  The LCV2015 event brings the low carbon vehicle community together for two days of technology showcasing and networking, with the evening dinner extending valuable networking time.

“As one of the dinner attendees joining from the LCV event, I commend all those nominated for an Award and congratulate the winners.”

Runners up: First Bus with City of York

2015 Award for Low Carbon Innovation by an SME

The Low Carbon Champions Awards were established in 2010. The Awards – now in their fifth edition – are an initiative of the Low Carbon Vehicle Partnership (LowCVP); a public-private partnership that exists to accelerate a sustainable shift to lower carbon vehicles and fuels and create opportunities for UK businesses. Around 200 organisations are engaged from diverse backgrounds including government, automotive and fuel supply chains, vehicle users, academics, environment groups and wider society. www.lowcvp.org.uk