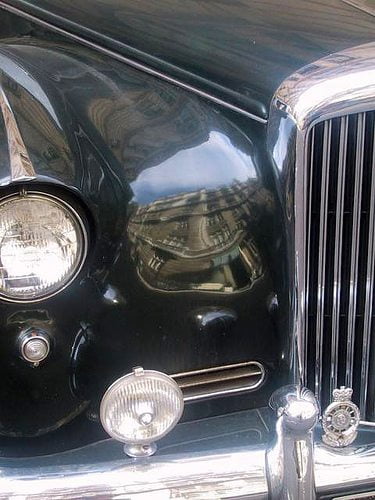 Nissan’s new London cab will be fully electric by 2015

Car manufacturer Nissan has unveiled its new range of London black cabs, which will be made fully electric by the end of next year in an effort to tackle air pollution.

The NV200 model will be available from December and cost around £30,000. Although it is currently manufactured with a petrol engine, Nissan has said it will become electric soon.

The vehicle was redesigned after the company consulted with the mayor of London’s office, Transport for London and other bodies, in order to make it similar to traditional London cabs.

“We have worked closely with the mayor’s office and interested parties to ensure that Nissan’s new cab not only raises the bar for both driver and passenger, but is also as instantly recognisable as its legendary forebears”, Nissan executive vice-president Andy Palmer said.

The company – which already supplies taxis to Tokyo, Barcelona and New York – has said that a zero-emission electric version will be available by 2015, before any other manufacturer.

It believes that many of the 22,000 black cabs in London could be soon forced out of the roads because of stricter environmental regulations over air pollution.

However, as the London Evening Standard noted, London might not be ready for the change, as there are currently not enough electric vehicle chargepoints installed across the capital. This is despite registrations for hybrid and electric cars increasing by 17.5% in 2013.

In October, a survey revealed that London’s pollution levels from nitrogen oxide were 50% higher than in other European capitals. Four streets in the east end were found to be among the most polluted areas.

The World Health Organisation also revealed that air pollutants were carcinogenic to humans and extremely widespread.