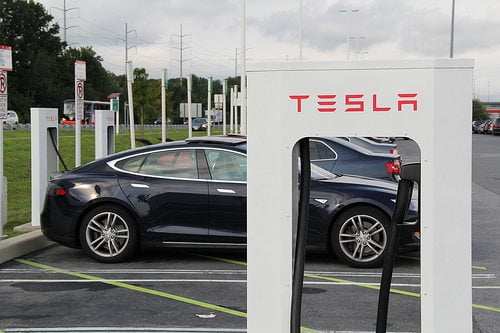 Electric vehicles (EVs) are outselling conventional cars in Norway, with dealers predicting that within a year there will be more EVs in the capital, Oslo, than in Los Angeles and San Francisco combined.

In the last three months of 2013, two electric cars – the Tesla Model S and the Nissan Leaf – outsold all conventional models. Sales of EVs are currently around 1,200 a month, or over 10% of all car sales.

The Norwegian government has attempted to encourage an EV boom through a number of incentives – offering tax breaks and free parking and allowing drivers access to bus lanes.

“A boatload of Nissan Leafs arrives in Norway each week and is sold almost immediately”, Snorre Sletvold, president of the Norwegian electric vehicle association told the Ecologist.

“It is astonishing. We did not expect this. Electric cars started as an Oslo phenomenon but they are now selling all over Norway. By the end of February we expect to be the first country in the world where one in 100 cars on the road are electric.”

Last week, UK deputy prime minister Nick Clegg announced a strategy that he hopes will boost the popularity of EVs in Britain. The government will spend £9.3m on charging infrastructure and an industry campaign to promote the benefits of emissions-free transport.