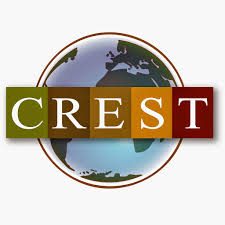 The Centre for Responsible Travel (CREST) released its annual report on responsible tourism last month. The report indicates that the industry has had a productive year and is doing well overall. Wellness tourism and adventure tourism in particular are thriving.

In its report, The Care for Responsible Travel, CREST announced that the “growth in responsible tourism continues to outpace the growth of the tourism industry as a whole.”

The report focuses on the state of responsible tourism and the different sectors it incorporates, using published reports and news stories as research.

Two of the successful sectors the report highlights are adventure tourism and wellness tourism, both of which are closely connected to responsible tourism.

CREST reports that adventure tourism is valued at $263 billion, and saw an average annual growth of 65 per cent in Europe, North America and South America between the year 2009 and 2012.

CREST’s research also estimates that just over 65 per cent of the total trip cost from an adventure package remains in the destinations visited.

The report states that wellness tourism is doing even better with the sector already worth $439 billion and on target to grow by over $200 billion next year, to $678.5 billion. It also notes that on average wellness tourists spend 130 per cent more than the average traveller.

For all the statistics and to read the full report download the CREST report for free here.