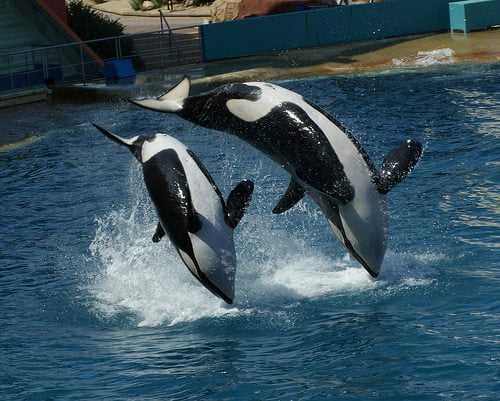 Virgin’s CEO Richard Branson has announced that Virgin Holidays will now require that its partners and suppliers do not capture wild cetaceans for the entertainment industry, but wildlife charities have complained the plea falls short of protecting captive animals.

Branson announced that a number of companies that work with Virgin have signed the pledge, promising to stop supplying wild cetaceans to the entertainment sector. In this way, the company hopes to eliminate the demand for whales and dolphins from the wild.

The news comes shortly after the annual dolphin slaughter in Taiji, Japan, where many of the animals that are not killed for meat are captured and sold to marine theme parks.

In a post on his personal blog, Branson said, “I feel strongly that this is a very positive development for the industry. Although many of our suppliers have not taken whales or dolphins from the wild for years, the Virgin Pledge seeks to build much-needed momentum to effectively end a brutal practice that continues to this day.”

“We will also continue to champion other causes that advance ocean conservation, such as ending drive hunts and unregulated fisheries, or the creation of more marine protected areas.”

Virgin also aims to bring the discussion forward on cetaceans born and raised in captivity, animals that often cannot be released into the wild. However, this effort has been widely criticised by conservation charities, which have argued that Virgin should have done more by ending collaboration with aquariums and marine parks that confine animals in captivity.

The Whale and Dolphin Conservation, Born Free Foundation, the Animal Welfare Institute, the Orca Research Trust and the World Cetacean Alliance have released a joint statement saying they were disappointed with the “small step in the right direction” and urged Virgin to tackle captive breeding programs.

“We are disappointed that Virgin, having taken the initial steps to address the important issue of captive cetaceans, has not shown the leadership needed to help end this form of captive animal exploitation and suffering”, the charities said.

“The public’s attitude towards captive whales and dolphins as entertainment is changing rapidly. We believe that Virgin and the wider travel industry will find it more and more difficult to support SeaWorld and other dolphinariums as people increasingly turn their backs on these public display facilities.

“We strongly urge Sir Richard Branson and Virgin to be at the forefront of this change. We are ready to help.”