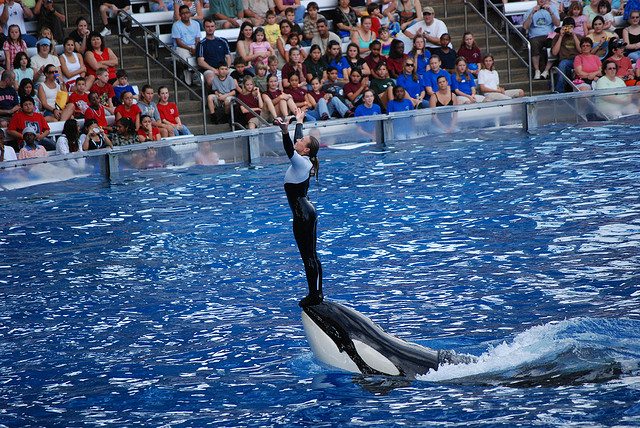 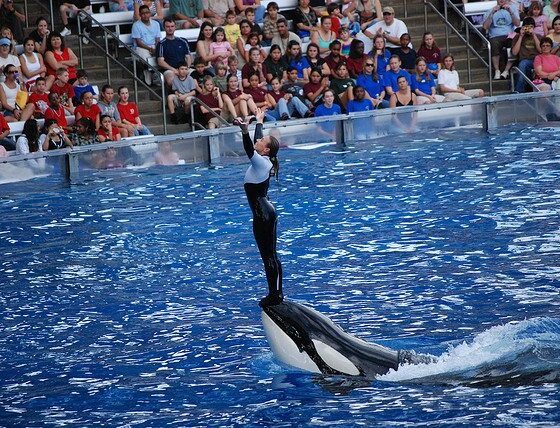 SeaWorld has announced more than $10 billion (£5.9bn) in research and conservation projects, following a backlash over its killer whales exhibits that saw its share prices fall by a third.

In April, it was revealed that SeaWorld saw a 13% drop in the number of visitors. This followed the release of the documentary Blackfish, which investigated orcas in captivity, and the launch of a petition to stop SeaWorld from “imprisoning whales for profit”, which reached 200,000 signatures in March.

SeaWorld’s second quarter revenue was reported to be $405 million (£242m) this week, considerably down on the $445 million (£266m) expected. Over this year the marine park has forecast a revenue decline of 6-7%. Following the announcement, shares plummeted by 33% on Wednesday.

Amid the backlash, SeaWorld announced plans to build new killer whale environments, along with funding for programmes to protect the animals in the environment.

The first of the new environments will be constructed at SeaWorld’s San Diego site. The new enclosure is planned to hold a total water volume of 10 million gallons, nearly doubling its current size.

In addition to the new enclosures, the company has pledged $10 million (£5.9bn) in match funding for killer whale research and a partnership focusing on ocean health.

Jim Atchison, chief executive officer and president of SeaWorld Entertainment, commented that the company has played a part in transforming how the world views marine life. He said the new initiative aims to further advance global understanding, educating the public and inspiring conservation.