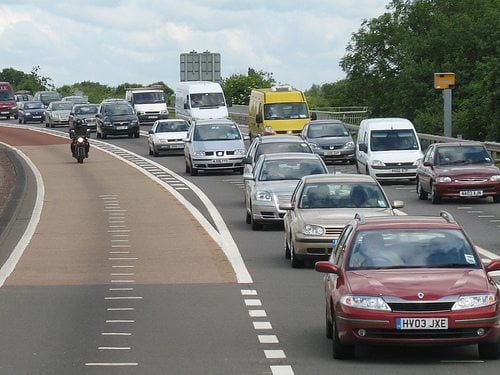 UN experts have said that reducing emissions from vehicles is possible and less complicated than what previously thought but that a rise in global traffic is expected and governments must act.

A draft UN report seen by BBC News has warned that traffic is set to become the largest source of carbon dioxide (CO2) emissions, as cities will become bigger and more and more people will need to travel and become car-dependent.

Experts said in the report, “Without aggressive and sustained policies (to cut CO2 from cars and trucks), transport emissions could increase at a faster rate than emissions from any other sector and reach around 12 [billion tonnes of carbon dioxide or equivalent greenhouse gases per year] by 2050.

“Transport demand per capita in developing and emerging economies is far lower than in [Organisation for Economic Co-operation and Development] countries, but will increase at a much faster rate in the next decades, due to rising incomes and development of infrastructure.”

However, the report also recognises that advancement in car manufacturing, fuel types and energy efficiency could dramatically help reduce emissions from vehicles. It also suggested that mayors and governments need to transform cities, encouraging the use of public transports and bicycles, as well as taxing motorists.

It added, “If pricing and other stringent policy options are implemented in all regions, substantial decoupling of transport [greenhouse gas] emissions from GDP growth seems possible.”

Traffic in cities, both in the UK and elsewhere, has been blamed as a major contributor of high pollution levels. In Paris, where the smog hit hard in March, the government gave free public transport to citizens and banned half of the cars from the roads.

However, such measure has not been adopted by the UK, where there has been a similar pollution crisis recently, which lasted nearly a week.