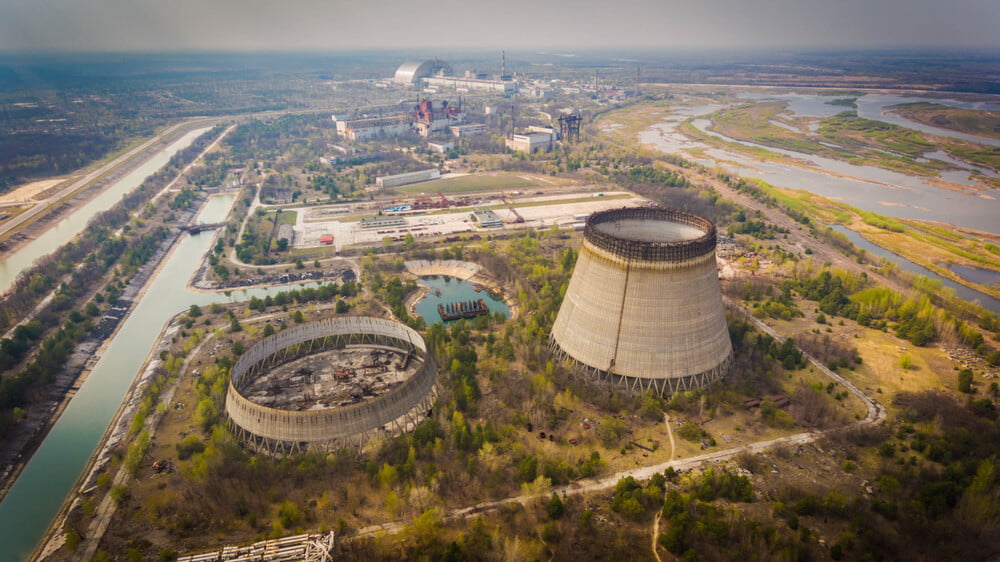 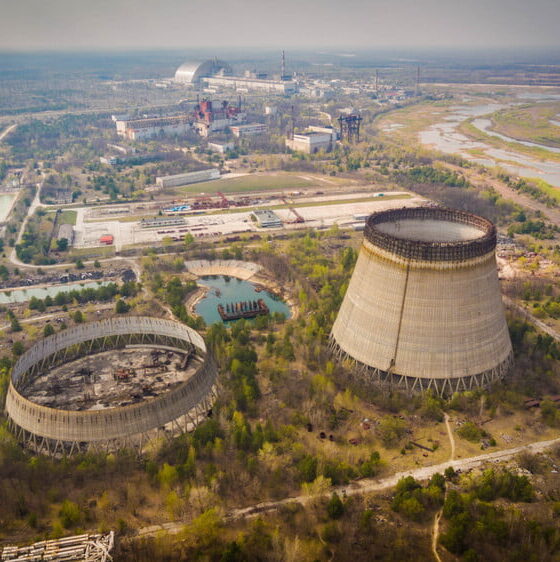 Chernobyl was one of the worst nuclear accidents in the world. Prior to the disaster and a subsequent evacuation, it was home to around 14,000 people. But on the 26th of April, 1986, disaster struck when Nuclear Reactor Number 4 exploded. Large amounts of deadly radioactive dust contaminated areas of Ukraine, Belarus, and Russia. This radiation even spread all the way to France, Britain and Scandinavia. Chernobyl was then claimed to be one of the most radiologically contaminated places on earth ever since.

Surprisingly, over 30 years later, eco-tourists started to explore the site of the disaster to learn more about the reality of energy safety and the threats to the environment. For several years now, there has been an idea to install wind stations in Chernobyl as well. But the question is–What did eco-tourists learn from visiting Chernobyl that would make this concept possible? Read on to find out.

Radiation in Chernobyl is Relative

It’s true that radiation with doses of 50 millisieverts (mSv) and above can cause tissue damage, severe illnesses and may also increase the risk of cancer. However, the U.S. Nuclear Regulatory Commission (NRC) has explained that people everywhere on Earth are exposed to an average of about 3 mSv of radiation per year and is considered a natural part of the environment. Naturally, the majority of this radiation occurs from minerals, cosmic radiation from space, and a small fraction comes from man-made elements.

When the nuclear catastrophe happened in Chernobyl back in 1986, it released deadly levels of radiation where ruins of its reactor are still said to be radioactive until today and will possibly remain so for up to 20,000 years. But experts stated that this radioactive fallout wasn’t scattered evenly across the surrounding area because of changing winds and weather conditions. In fact, the Ukrainian government opened Chernobyl Tours for the public where thousands of people flocked the Chernobyl exclusion zone. Thanks to HBO’s “Chernobyl” miniseries, the Ukrainian tourism agency has reported a 30 to 40 percent uptick in visitors last May 2019. Nevertheless, radiation-safety protocols and restrictions were observed such as official checkpoint for dosimetry control, or radiation measurements, a tour operator, as well as qualified nuclear fallout specialists to monitor and guide the visitors.

There Are People Living in Chernobyl Today

Chernobyl’s history narrates that an estimated 350,000 people–including 50,000 people living in the nearby town of Pripyat–were evacuated from the area around the nuclear plant. Eventually, a location of about 1,000 square miles was designated in the Exclusion Zone. An official number of 31 people including firefighters, plant and cleanup workers died in the nuclear disaster. But the UN estimates that perhaps 9,000 or much higher may have perished or fallen ill from radiation exposure after the incident. A high case of thyroid cancer of residents from Ukraine and Belarus have been reported during that time too.

Despite the warnings posed by experts, about 100 up to 180 mainly elderly people have moved back into the exclusion zone and settled there. One example is the seniors from Belarus–who have a strange relationship with the Chernobyl Exclusion Zone and strong belief with government propaganda–were able to get access to a lot of perks such as free healthcare, electricity, and others. Another group of older people who moved back to the area are the ‘babushkas’ who in this case have a very deep connection to their motherland and home–according to Holly Morris, a film director who gathered their stories and turn it into a documentary entitled, “The Babushkas of Chernobyl.” Ultimately, as Morris described, the film’s story is about the power of place and home.

The Animals Are Radioactive But Doing Well

In the years that followed after the catastrophe, nature took over the unpopulated area. As humans left for evacuation, wildlife moved in and reclaimed their territory. Several brown bears, lynx, deer, wolves, beavers, moose, wild boar, foxes, badgers, raccoon dogs and more than 200 bird species have created their own ecosystem within the Chernobyl disaster site. Even the Przewalski’s horses, which were considered an endangered wild species from Mongolia, have also settled there. Along with these larger animals, a variety of fish, worms, amphibians, and bacteria made the abandoned parameter their home. Unfortunately, there has been a big drop in numbers for Chernobyl’s insects such as bugs and spiders where scientists believed were killed by the radiation.

Contrary to what many people have expected, there are no three-headed cows with glowing eyes roaming around the area. However, scientists have observed significant genetic mutations in organisms affected by the nuclear accident. Some rare species of birds were noted to have suffered from disproportional effects while some were recorded with partial albinism among barn swallows. But further research is still required to understand how this genetic mutation may affect species’ population size, reproductive rates, genetic diversity, and other survival factors. Yet, on a positive note, people can now adopt Chernobyl pooches that are cleared from radiation. The adoption program sees to it that these dogs are neutered, sprayed, and vaccinated so they will be healthy and ready to find their forever home.

The Plants Survived and Are Thriving

Apart from the return of wild animals, vegetation also flourished in the disaster site. As many authors have described it, this phenomenon is like the colossal irony of Chernobyl. When you step on the zone of the nearby town of Pripyat, the place resembles a zombie-esque, post-apocalyptic landscape with vines, trees and other plants growing over buildings and other infrastructure, including the well-known amusement park–that looks more like the settings in games and movies. Scientists have found a staggering discovery when they have conducted an experiment to understand why plant life is so resilient to radiation and nuclear disaster.

One finding explained that because plants can’t move, they have no choice but to adapt to the circumstances in which they find themselves. Critically, unlike animal cells, almost all plant cells have the ability to create new cells when damaged which is also the reason why a gardener can grow new plants from cuttings, with roots sprouting from what was once a leaf or a stem. Moreover, it was also mentioned that flora and fauna is now thriving around Chernobyl. To make this phenomenon clear, a group of scientists analyzed seeds from soybean and flax grown on a highly contaminated field near the site. This experiment was called “proteomics”–a blend of ‘protein’ and ‘genome’–a study of proteins of vital parts of all living organisms. They have detected afterwards that more proteins were developed on both seeds after they were sowed. This then led to their theory that plants could have some kind of mechanisms inside them even from the very early stages of Earth’s formation as radioactivity has always been present in our surroundings.

Chernobyl Is Now A Solar Farm

As you know, the Chernobyl area, despite its forbidding reputation, is blessed with a burst of sunshine similar to southern Germany, one of the leading solar energy-producing regions in the world. That’s why the Ukrainian government has taken advantage of the site’s abundant sunshine and transformed it into a source of clean energy. The solar farm is 100 meters away from the dome that houses the nuclear power plant’s reactor. As reported by The Guardian, the facility also stands as one of the world’s largest solar facilities with 3,800 panels that is capable of generating almost a third of the energy generated by the Chernobyl Nuclear Power Plant back in 1986. Its construction began in December 2017 and was completed in fall 2018.

Currently, the solar farm covers 4 acres (1.6 hectares) and is said to provide a power of approximately 2,000 households with 100 megawatts of renewable energy. This may be smaller than the 4,000 megawatts produced by the four Soviet-era nuclear reactors at Chernobyl but it’s still considered to be a significant operation. However, Ukraine remained dependent on nuclear energy regardless of the Chernobyl catastrophe. In fact, the country is recently known as one of the top 10 nuclear energy producers in the world.

Many accounts from tourists who visited the site described their experience as if they were teleporting back in time. Chernobyl acts like a time-capsule. It’s stuck in 1986 where the architecture, remaining vehicles, symbols, memorabilia all remain in that Soviet area. No wonder, despite being a radioactive danger, many people still want to visit the site to witness all of this. Would you also dare to see Chernobyl’s magnificence?