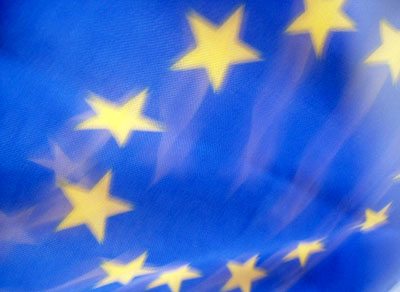 WWF questions what European election will mean for environment

With the UK’s European Parliament election to be held on Thursday 22 May, the environmental charity WWF has asked the five leading political parties what a vote for them would mean for the environment.

As the natural world and environment moves up the agenda for consumers and investors it will inevitably be increasingly on the mind of voters.

The environment spokesperson for each party was asked: What is the single most important thing you can do for the UK’s environment if you are elected in May?

Julie Girling MEP said, “My aim is to work with the public to agree actions to improve our environment rather than impose top down targets which don’t have popular buy in. People are fed up with being lectured and need workable solutions.”

After saying they would be the “greenest government ever” the Conservative party has faced criticism for failing to protect the environment. This pressure heighted this week after the party pledged to cut onshore wind subsidies if re-elected.

However, in February, ‘modern Tories’ called on the government to implement low-carbon policies that would provide jobs and create sustainable growth.

“My aim will be to take a lead in the European Parliament in building a cross-party partnership with industry to promote win-win initiative that will be good for business and good the environment,” Chris Davies MEP said.

Some more sustainability-minded Liberal Democrats have called for the party to adopt a “green backbone” in order to appeal to green-minded voters at next year’s general election. The party has also said it opposes plans to cut wind farm subsides.

In response to the question Linda McAvan MEP, said she would protect the enviromnent, “By working with fellow MEPs to make sure that the EU continues to play a leading role in the global fight against climate change, by adopting a new set of targets up to 2030 and adopting an ambitious programme for the 2015 climate talks in Paris.”

Labour has recently been commenting on financial incentives paid to banks, calling on the government to rein in bonuses at the Royal Bank of Scotland. It also took action to review its own financial arrangements, with reports suggesting that the party could move £1 million in loans from the Co-operative Bank to the Unity Trust.

“The biggest challenge to protecting the environment here in the UK is the political establishment’s addiction to fossil fuels,” Keith Taylor MEP said.

“Rather than offering tax breaks to frackers, and subsidising dirty industry we need to be investing in renewables and rolling out energy conservation schemes that keep our energy bills low and protect out environment. I will continue to fight for cleaner, green and affordable ways to power the UK.”

The Green party recently hit headlines after MP Caroline Lucas was arrested after protesting against fracking at a drilling site in Balcombe, Sussex. The party has said it would like to be represented at leaders’ debates in the run up to the general election, claiming that they represent a “huge number” of the British public.

Speaking ahead of the event Stuart Agnew MEP said, “To reserve the EU’s ban on neonicotinoid seed dressings because, if it not reversed, it will result in the widespread spraying of Cypermethrin, which is highly toxic to bees, fish and aquatic insects.

“Widespread use is bound to generate resistance to its effects and even more spraying. The neonicotinoid ban was a knee-jerk reaction to declines in bee populations that may well have been caused by other factors and it could have far reaching consequence for the environment.”

UKIP’s stance on environmental issues have been criticised in the past. At the beginning of the year the party’s education spokesperson MEP Derek Clark said he would ban teaching climate change in schools if the party won elections in May 2015.

The party’s energy spokesperson Roger Helmer has also accused anti-fracking campaigners of being “eco-freaks” and trying to kill off the “greatest new economic opportunity”.