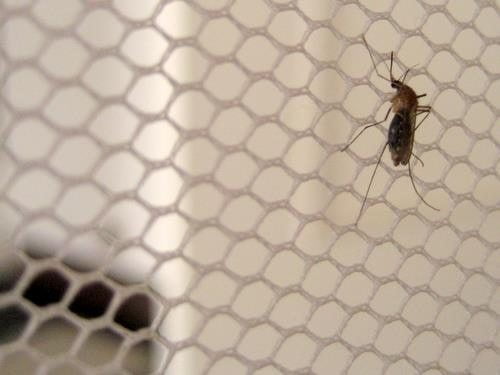 According to the World Health Organisation (WHO), about 3.4 billion people are currently at risk of malaria, of which 1.2 billion are at high risk.

Some experts even say these figures are too conservative, suggesting the real death toll could be twice as much. Hundreds of millions of people catch malaria every year.

The preventable disease is caused by the plasmodium parasite, which can be spread to humans through the bites of infected mosquitoes.

The new study found evidence that both the parasites and the mosquitos spread to higher altitudes during warmer years and recedes to lower altitudes when temperatures cool.

“This suggests that with progressive global warming, malaria will creep up the mountains and spread to new high-altitude areas”, Menno Bouma, an honorary clinical lecturer at the London School of Hygiene & Tropical Medicine told Reuters.

This will mean that millions of so-far unaffected people will be at risk, and will be more vulnerable as they have not developed immunity to the disease.

In Ethiopia, where almost half of the population live at an altitude of between 1,600 metres and 2,400 metres, the research team believe there could be many more cases.

“This is indisputable evidence of a climate effect”, added Mercedes Pascual from the University of Michigan.

“Our findings […] underscore the size of the problem and emphasize the need for sustained intervention efforts in these regions, especially in Africa.”

It is generally accepted that global warming will fuel the spread of many diseases and other health problems, such as salmonella or Lyme disease.

Earlier this week, scientists brought back to life a giant virus, which had been sleeping in Siberian permafrost for thousands of years until rising temperatures allowed reached its icy tomb.

The particular virus is harmless to humans, but researchers warned that other more deadly pathogens could be hidden beneath Siberia’s receding permafrost.