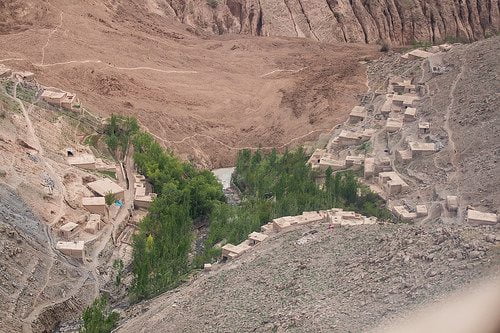 Flash floods in a rural part of northern Afghanistan have killed 81 people and forced many others to leave their homes.

The floods hit the Guzargah-e-Nur district, a remote area in north Afghanistan, on Friday. Police said 850 houses were completely destroyed and several others were seriously damaged, meaning that residents had to flee their homes and now require assistance.

Around 200 people are still missing, with authorities saying the event is a huge disaster for survivors, who have lost everything.

Police chief in the Guzirga i-Nur district of Baghlan province Lt Fazel Rahman said the government did not provide assistance to rescue people.

“So far no one has come to help us. People are trying to find their missing family members”, he said.

Because of the remoteness of the location, it can take several hours for emergency services to reach the site and it is said there is not enough dry land for helicopters to land.

In the north-eastern Badakhshan province, hundreds of people died for a landslide in May. Meanwhile, the worst flooding in a decade left 37 people dead in the Balkans.

A recent study by the Met Office and Newcastle University warned that summer flash floods in the UK were likely to become more common – up to five times more frequent – due to climate change.

Separate research previously suggested that economic losses in Europe caused by flooding could increase fourfold by 2050.