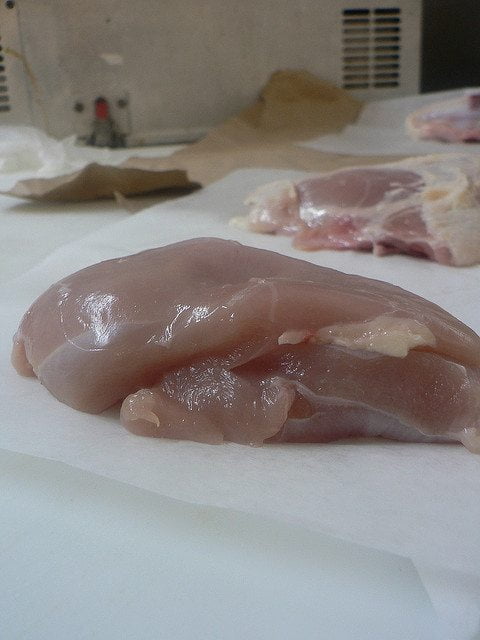 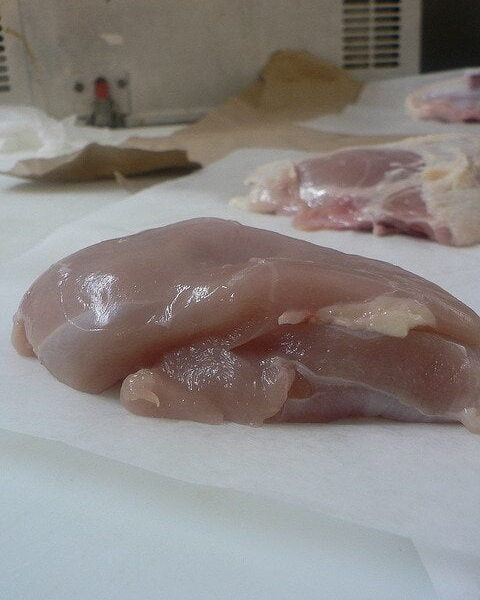 Government food agency admits it was wrong about chicken supplier

The Food Standards Agency (FSA) has gone back on previous claims and now says there has been a breach of food hygiene legislation at a poultry plant in Scunthorpe.

The food agency said revelations of birds being put back on the production line after falling on the floor constitutes a serious breach.

The comments have been made to Labour’s Huw Irranca-Davies after reviews of the Guardian’s recent undercover investigation into chicken processing plants.

In July, undercover reporters looked at hygiene practice in some of the UK’s largest poultry abattoirs, including a plant in Scunthorpe, owned by the 2 Sisters group. Footage showed bad practice at the site, which supplies many leading supermarkets, including Tesco, Sainsbury’s and Aldi.

The investigation aimed to look into reasons behind high levels of chicken in the UK contaminated with campylobacter, the most common cause of food poisoning in the country. The bacteria is said to poison around 280,000 people in the UK each year.

Soon afterwards the FSA reported its results and rated the factory as “good” and said there was no evidence of any breaches of food hygiene legislation, but agency now admits it was wrong.

The FSA has however decided not to issue a penalty, saying the problem has been addressed.

Three former employees of the abattoir have come forward and spoke to the Guardian about poor hygiene standards in the Scunthorpe factory up to 2012.

They confirmed instances of chickens falling on the floor and put back on the production line for human consumption.

They also mention that auditors were misled and said things were made to look better than usual for their arrival.

The 2 Sisters food group has responded in a statement saying, “Audits cannot be cheated”. The group mentions the large number of audits with 41 already this year.

The group added, “We welcomed the recent FSA independent audit at two of our sites, which found no legal compliance issues. Both customers and our own internal investigations supported the FSA’s findings.

“However, we are not complacent and we will carry on with our own continual improvement programme, taking on board learnings, investing in our colleagues, our factories and our product development.”