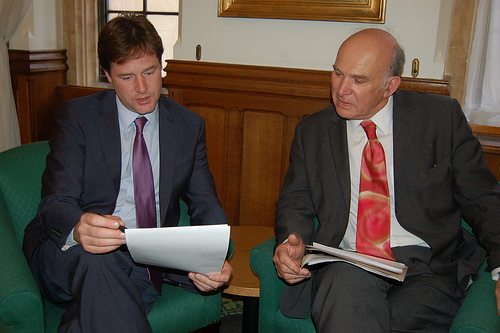 Liberal Democrat leaders have vowed to address working rights, including lifting minimum wage workers out of tax and action of ‘zero hour contracts’ if they win the 2015 general election.

The Lib Dem conference, which is taking place is Glasgow, has provided the venue for many debates on the challenged facing the British economy.

He said, “It is clear that there are abuses in the system, especially around the issue of exclusivity which some employers are demanding from workers on these contracts. I am determined to make sure people are paid and treated fairly, while helping to keep people employed in these delicate economic times.”

Cable also blamed Labour for the financial meltdown of 2008, saying that they had “fallen asleep at the wheel” and that their “recklessness” lies behind the financial disaster.

On Sunday, Lib Dem leader Nick Clegg also vowed to fight for workers rights, saying that, if elected in the 2015 election, he would fight to raise the tax-allowance further so that those on minimum wage did not pay income tax.

Speaking on the BBC’s Andrew Marr programme, Clegg said, “We are committed as a party – and I am committed to this – to raising the allowance further such that… everybody on the minimum wage pays no income tax.”